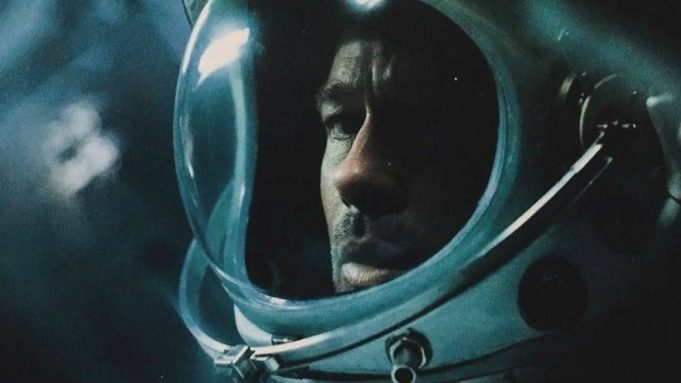 Director James Gray’s “Ad Astra” takes place in “The Near Future” and stars Brad Pitt as Roy McBride, a celebrated astronaut of notable lineage- Clifford, his late father (played by Tommy Lee Jones) is a cosmonaut of legendary status. McBride is working on the International Space Station when a cosmic freak occurrence, referred to as The Surge, creates chaos that threatens the safety of Earth. McBride is assigned on a classified mission to journey deep into the cosmos to find a surprising culprit: Clifford McBride.

Clearly, Gray has made an outer space remake of Joseph Conrad’s “Heart of Darkness,” complete with commentaries on colonialism, despair and the horrors within the human mind. Whereas Francis Ford Coppola’s film “Apocalypse Now” famously took Conrad’s novel and set it during the Vietnam war, here is a clever sci-fi rendering, in which Pitt’s Roy (standing in for Conrad’s Marlow) is on mission to find his very own Kurtz, embodied by Jones’ brilliant but unstable figure.

Another quality that ties this closely to Conrad: among the themes explored is how, the deeper we journey into the unknown, we eventually find our truest, harshest, most primal selves and have to wrestle the monsters within us.

Here is science fiction presented in an all-in, challenging manner, unafraid to ask troubling questions and potentially alienate its audience. Pitt’s protagonist is the “hero” of the piece but he’s a deeply troubled man who, as his journey progresses, cannot continue to repress his lifelong feeling of regret. Because Roy McBride is an introvert who gradually reveals himself to us and others, the film itself reflects his state of mind- we’re seeing extraordinary sights of space travel and visions within the solar system but the film evokes an emotionally  detached manner. I found “Ad Astra” engrossing, even as it frustrated me.

Pitt’s narration seems like filler for the audience to take in during the slower scenes and a few characters serve merely as walking exposition (particularly Donald Sutherland, whose welcome presence is undercut by how forced his role is). As satisfied as I was by the ending, the conclusion this reaches feels like a compromise. Things get sentimental and downright Freudian in the third act- as much as I prefer this to “The Martian,” Gray’s film lacks a quality Ridley Scott’s film successfully utilized: a sense of humor.

Nevertheless, “Ad Astra”, as close as it is to the narrative template provided by Conrad, is still unpredictable and offers some jaw dropping scenes. I won’t describe any of the best sequences, as the intent is to take the audiences off guard (particularly a stunning reveal on a Norwegian space station). From the first scene on, the visual effects in “Ad Astra” are rich and beautiful, even as surreal details surface.

Pitt digs deep and gives an excellent performance that ranks among his finest. Likewise, Jones, delivering his best work in some time. While a handful of supporting actors pop up in roles that appear cut for time or weren’t properly developed (Sutherland, Loren Dean and a bizarrely underused Liv Tyler in particular), Ruth Negga’s strong presence and inner spark jolts the film’s second act to life; she provides an inner fire that Pitt’s character keeps close to the vest for much of the proceedings. On the other hand, there’s Natasha Lyonne’s baffling cameo, coming across like an intergalactic MTV VJ (why?).

“Ad Astra” will divide audiences, though it offers the ambition, maturity and cinematic craftsmanship that make it welcome company with the thematically similar “Interstellar,” “Gravity” and “First Man.” Gray is using sci-fi in the best way possible, in which exploring the impenetrable reaches of outer space causes us to look inward. There have been stronger works that push this premise to its fullest potential (Stanley Kubrick’s “2001- A Space Odyssey” will forever go unmatched). Still, as a thoughtful and accomplished example of its genre and a means of absorbing it on the big screen, this is a rapturous experience.

'Ad Astra' has no comments