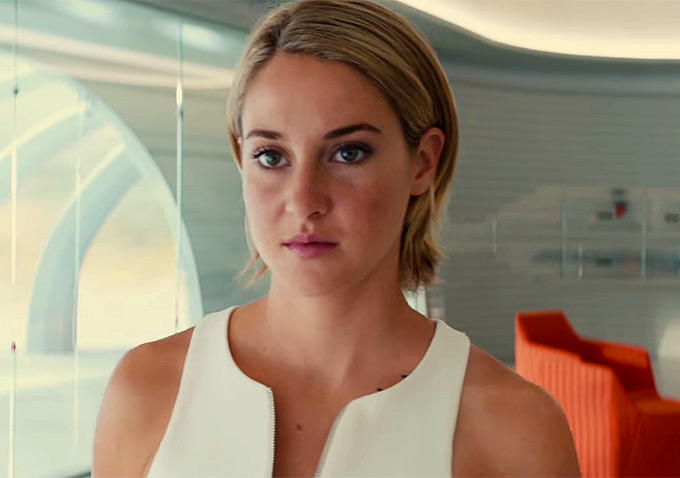 When “Star Wars” came out in 1977, it immediately became a cinema landmark and a giant blockbuster. A slew of lavish copycats followed from major studios, including, “The Black Hole,” “Star Trek- The Motion Picture,” and “Moonraker.” The same goes for “Harry Potter,” the king of the YA movie adaptations, which spawned the respectable “Hunger Games” movies and the hideous “Twilight” franchise. Seriously kids, in a few years, you’ll be embarrassed to find that Team Edward shirt you once bought at Hot Topic, left abandoned at the bottom of your sock drawer. After a promising first entry, “The Divergent Series” is inching closer and closer to Edward and Bella territory. “Eragon,” all is forgiven.

The message of “Allegiant” is that it’s okay to be different, which is ironic for a movie that tries so desperately to be like so many other movies that worked. The third chapter in “The Divergent Series” resembles “Oblivion,” ‘Logan’s Run,” “Star Wars,” “Minority Reporty” and an Ambercrombie and Fitch ad but never develops into anything fresh. Rather than justifying its reason for being, it just sits there and invites readers of the Veronica Roth books it’s based on to, once again, drop their money and walk out disappointed.

The plot: Tris (Shailene Woodley) and her Teen Choice Award for Best Hottie-worthy co-stars once again push back against their oppressive futuristic world and discover what has become of Chicago. More importantly, the cool dream sequences that distinguished these movies are absent and none of this is ever as compelling as “The Maze Runner.” The best word to describe the performances is blank. No one seems to be pushing very hard and not a single actor steps up and takes charge of this flashy but thoroughly uninteresting time killer.

Woodley’s performance in “Divergent’ demonstrated that she could carry her own film and how much the camera loved her. She should have bailed this franchise when she had the chance. “Insurgent,” the woeful second installment, showcased her as an unconvincing action star while sporting Keri Russell’s second season “Felicity” haircut. Here, she mostly stands around in stylish attire, reacting to lifelessly delivered monologs about DNA. Woodley has a role in Oliver Stone’s “Snowden” later this year but for the moment, I’m worried about her career. There are exceptions but YA movies have a tendency to bring out the worst in actors. She and her co-stars share an eerie quality: they’re all great looking movie stars who give bad performances.

Hunky Theo James seemingly used up his charisma allotment after the first movie and now confuses brooding with performing (sorry but you’re Theo James, not James Dean). Likewise, Miles Teller’s “comic relief” wore out its welcome two movies ago and Maggie Q, Octavia Spencer and Ansel Elgort look stranded. The most painful thing to witness is Jeff Daniels, playing this movie’s equivalent of the great and powerful Oz, doing an impression of Jeff Daniels mannequin. Arguably even worse is Naomi Watts, performing at a level of a bad high school play. It’s not a surprise that the young actors can’t elevate this material but when Daniels and Watts go down with the ship, I give up.

The movie looks great and the music score is one of those helpful orchestrations that almost fools you into thinking the movie you’re watching is actually exciting. There’s far too much CGI and many scenes appear to have been shot in front of a blue screen, as the actors seem unimpressed by the far-out settings. Yet, the special effects are much more lively than the people on screen.

It seems next summer will bring us the final installment of this currently flat-lining movie series. I can hardly wait…for “Star Wars: Episode VIII.”

'Allegiant' has no comments