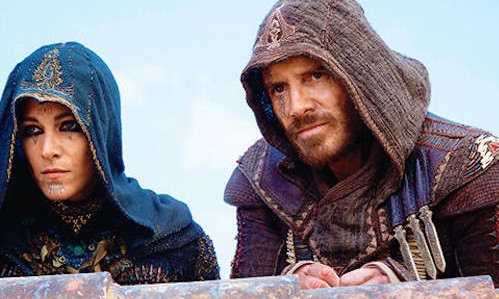 The success of the video game market with the public has spurned Hollywood to capitalize on that success and bring those stories to the big screen. “The Wizard” starring Fred Savage is the earliest video game movie I can recall that revolved around Fred Savage’s character getting his emotionally distressed, but gifted gamer brother to a Super Mario Bros. tournament. It was decent enough, but left the door open for more ambitious attempts at true video game content to screen. In the the years that followed, we’ve been bombarded by a barrage of bad video game movie bombs. Most notably the “Super Mario Bros. Movie”, starring Bob Hoskins and any video game movie directed by Uwe Boll. The real irony here is that even though these films are bad, they keep being made because most of them are cost effective and audiences are gluttons for punishment and keep filling theatres to see them. The “Tomb Raider” and “Resident Evil” franchises are two of the most successful and we’ll be seeing the final “Resident Evil” installment in early 2017.

Before the year 2016 is out another big video game franchise is hitting theatres this holiday season. “Assassin’s Creed” is a tremendous series of video games with a compelling premise, what if you could re-live the life of your ancestors through their eyes in their time? What if those ancestors were part of a society intent on thwarting a secret order that could change the course of human history? Having played the games, I can tell you that this story is far more complex and convoluted as a 20 hour video game experience, but still manages to entertain and excite because I’m taking part in it. So how can this premise be told convincingly in a two hour movie if I’m just watching it?

“Assassin’s Creed” stars Michael Fassbender as Callum Lynch, who is rescued by Abstergo Industries, a cover for the Templar Order seeking a powerful relic that they want control over. Lead scientist, Sophia Rikkin played by Marion Cotillard, informs Callum that he is the descendant of Aguilar Der Nerha, an assassin in a secret order protecting the “Apple of Eden”, a device that could grant all you desire, but in return asks for unfettered obedience and in the wrong hands could bring the world to its knees. Rikkin asks Callum to take part in the Animus Project and go into the past memories of his ancestor to locate the whereabouts of the device in Spain during the Spanish Inquisition before it falls into the wrong hands. Callum agrees, but unbeknownst to him the company asking for his help are exactly the ones that he needs to keep the “Apple” away from.

“Assassin’s Creed” can be counted among it predecessors as a bad video game movie. Fassbender and Cotillard are serviceable as the leads, but everything else is just a total mess. One of the films biggest problems is that it spends too much time in the real world and not enough time where most of the meat of the story should take place, in the past with Aguilar taking in the sights and sounds of Spain during such a turbulent time, searching for the “Apple” The story told here can still render the unfamiliar scratching their heads wondering what’s going on. Not enough happens here to make anyone care about time, place, character or story. The setup here should keep you, at least, interested, but it doesn’t. A supporting cast with the talent of Jeremy Irons and Brendan Gleeson should push this film over and above what has come before, but sadly their talents are completely wasted. Director Justin Kurzel deserves most of the blame here for not comprehending the material and not knowing how these actors needed to play their characters. Kurzel’s work here felt like he was unequipped for the job.

“Assassin’s Creed” commits a myriad of sins, but its biggest sin is that a film with such a compelling premise is such a complete and utter bore. The story, the action, the acting, and even the music drones on and on and on and all I wanted was for it to stop. The only thing that was assassinated here were my senses after its two hours of pummeling me into submission. “Assassin’s Creed” holds the mantle steadfast for bad video game adaptations and is one of the worst films of the year.

OVERALL SCORE: 1.5 Stars Out of Five

'Assassin’s Creed' has no comments