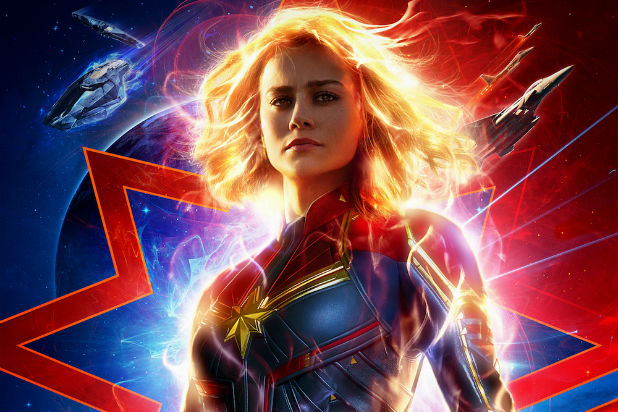 Hints of Marvel Cinematic Universe fatigue has been detectable for a few years but finally overwhelms their latest product. The lesser of the mega-blockbuster MCU films have a dull interchangeability, underwhelming villains and an over-reliance on CGI spectacle. This is especially evident in “Captain Marvel,” which, unfortunately, is an iffy showcase for the talented Brie Larson. The first MCU installment with a female superhero lead falls considerably short of a certain Amazonian warrior adventure made two years ago.

We meet Air Force pilot Carol Danvers (played by Larson) as she’s in a state of confusion- her origin and even whether she’s human are immediately put to question. However, “Captain Marvel” feels off from the start and not just because the story is presented in a fragmented, out-of-sequence manner.

Larson fully invests in the title character but the role is beneath her. Take a look at her extraordinary work in “Short Term 12” (directed by Maui’s own Destin Daniel Cretton) or her Oscar-winning performance in “Room.” Knowing what Larson is capable of and witnessing the committed but glib, no-brainer turn she gives here reminded me of Natalie Portman in the “Star Wars” prequels: this is another A+ actress giving C-grade work in a movie that asks very little of her.

Despite dozens of fight scenes and “Star Wars”-like shoot-outs, nothing seems to be at stake. Once all the plot threads are revealed, it feels like a self parody. When our hero beats up baddies while holding a Fonzie lunchbox as No Doubt blares on the soundtrack, it’s just incredibly silly.

The inevitable comparison to the DC Comics equivalent is telling: The comic book movie this closely resembles isn’t “Wonder Woman” but “Green Lantern,” with a rich dollop of the gooey sentimentality left over from “A Wrinkle in Time.”

As for the gender politics, this only demonstrates how far behind Marvel Entertainment is from the rest of the competition. The 2017 “Wonder Woman” provided a genuinely novel twist on comic book movie expectations and gender dynamics. In that film, leading man Chris Pine acted as the damsel in distress, on the sidelines while Gal Gadot’s Diana Prince took center stage- it was a wonderful role reversal and a truly progressive touch. In this movie, the sole novelty is that Danvers is a woman. Despite constant reminders of her gender (the soundtrack is full of on-the-nose 90’s anthems) Captain Marvel mostly just beats up male assailants. That’s it. The one exception: the moment where Danvers informs an enemy she has nothing to prove. The line really lands. Otherwise, the plot is formulaic and old hat.

Outside of the Marvel/DC comic book movie dominance, “Atomic Blonde,” the 2017 adaptation of Antony Johnston and Sam Hart’s “The Coldest City,” starring Charlize Theron, provides the only recent female comic book character with any complexity, liberated identity or sexual appetite.

Further proof of Marvel’s behind-the-times use of their female cast: in addition to Annette Bening’s truly embarrassing supporting role, MCU superstar Scarlett Johansson has just one scene, utters a few expository lines, then steps aside. Johansson, a sensational actress, has been benched for too much of this franchise. Her reported Black Widow solo movie, if it ever really arrives, had better be something special.

Also on hand is Ben Mendelsohn, still gobbling up every role Christoph Waltz used to get. Mendelsohn’s one facial expression is no longer menacing; can we please have a break from this actor?

At least its visually interesting, though it falls short of evoking the surreal beauty of “Doctor Strange.” The very last scene after the end credits is the funniest Easter Egg in the MCU and the most successful joke in the movie.

The “shared universe” approach to the MCU storytelling means this is a sequel to not only “Avengers: Infinity War” and “Ant-Man and the WASP” but a middle chapter to dozens of films before and after. “Captain Marvel” offers potential for the ongoing title character but this movie is an MCU weak link. Considering how novel, refreshing and thrilling “Black Panther” was exactly a year ago, this is a giant step down. I hope these movies eventually rise to Larson’s skill level.

'Captain Marvel' has no comments