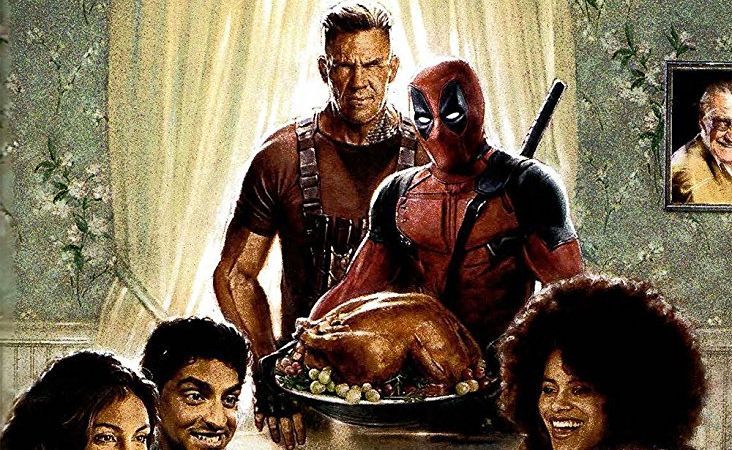 The opening credits of “Deadpool 2,” which come late into the film, are accompanied by imagery out of a James Bond opening and set to a Celine Dion song. The new Dion tune, “Ashes,” is really good and sincere, which is what makes the sequence even funnier. Despite a new director (the talented David Leitch of “Atomic Blonde” takes over for Tim Miller), a much larger budget and a far more complicated plot, “Deadpool 2” isn’t the bloated, sell-out sequel I feared. It might even be a little better than the original.

Ryan Reynolds returns as Wade Wilson, the badly scarred superhero Deadpool, whose super powers include fighting skills, invincibility and an exceptionally vicious sense of humor. Wilson once again tries to maintain a relationship with Vanessa (played by Morena Baccarin), while keeping up a tiring routine of killing lots and lots of really bad villains. The arrival of Cable (played by Josh Brolin) shakes everything up, as Wilson undergoes a journey of re-discovery that tests his limits. Also, it brings him to a stunning realization about how a modern day classic stole from Barbara Streisand’s “Yentl.”

Once again, it appears a “South Park” mentality has invaded the Marvel Cinematic Universe and shakes things up for the better. The overly serious, even somber tone  and fastidious world building of too many super hero epics has been cheerfully told to sit on a whoopie cushion. Two movies in and “Deadpool” is now “The Naked Gun” of comic book movies, both a cheerful bird flipping to the conventions of the genre and a violent comedy about itself. The formula still works, as a reasonable amount of sentiment and sincerity provide balance to the almost non-stop hard-R-rated humor and ultra-violence.

Reynolds is completely in his element here. Lately, he seems miscast in any movie where he isn’t playing Deadpool. Hopefully, he’ll be able to branch out later and not find his career shackled to playing “The Merc With a Mouth.” For now, there is an infectious joy to how he plays Wilson, building his character with a genuine emotional center, frequently breaking the fourth wall and providing highly profane and frequently hilarious commentary. Brolin is more interesting here than he was playing Thanos, as the force of his presence and ability to project inner anguish shapes the tortured arc of Cable. Truth be told, Brolin, was even better playing a similar character in Spike Lee’s woefully under-valued “Oldboy” remake.

On the surface, this self-parody approach is radical, as everything from the contrivances of the screenplay to the tired expectations of the “X-Men” series are lampooned. Nothing is free from the film’s onslaught of fiendish mockery, making this a refreshing alternative to nearly every other comic book movie out there. How much credibility this has as a genuine work of defiance is up to the viewer. After all, even with the steady stream of profane, irreverent humor, we’re still watching a major studio release. After all, this is the latest, lavish, Marvel Cinematic Universe product, and, on top of that, a big summer movie sequel. If “Deadpool 2” isn’t quite punk rock, or a genuine act of true cinematic anarchy, it at least tries to provide a wrecking ball to the sameness that plagues most comic book movies and succeeds.

Somehow, “Deadpool 2” is packed with a far greater, steadier stream of pop culture references than “Ready Player One” (a feat that didn’t seem possible). As in the first “Deadpool,” the unceasing vulgarity, graphic violence and winking at the audience can get exhausting. A “Basic Instinct” joke is telegraphed, lands with a thud, then is clumsily called out. It’s not the only time a joke goes south. Not every scene lands, like an enough-already “Green Lantern” swipe that was better handled in the first film. However, like a great stand-up comedian who keeps tossing out the one-liners, the hilarity and innovative jesting just keep coming. Some cleverly staged, often amazing action sequences keep the ride going, as well as deep cut in-jokes (like a moment that only lands if you know that, in real life, Streisand is Brolin’s mother-in-law). “Deadpool 2” is like that kid in high school who was too cool for the room, had a real attitude and was more fun to hang out with than anyone else.

'Deadpool 2' has no comments