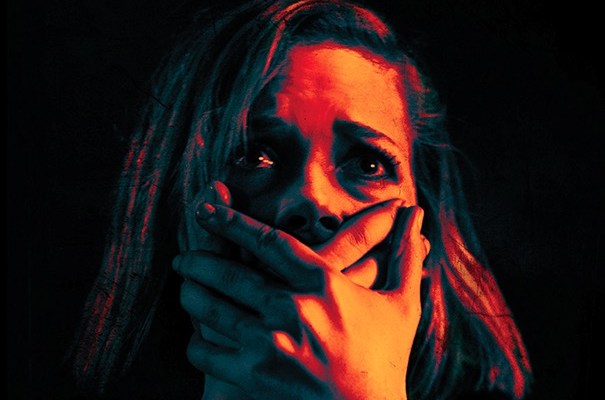 After a summer full of comic book movies, animated films and unnecessary sequels and reboots, I was hungry for something original and “Don’t Breathe” fit the bill just perfectly.

Three young punks eager to get out of their dead end lives in Detroit plan to rob a man who lives alone and just happens to be sitting on a huge amount of cash. Oh, and he’s blind! Easy money, right? Of course not. “Don’t Breathe” takes the home invasion horror genre and turns it upside down with the hunted becoming the hunter and you actually kind of end up rooting for the three kids to get out alive, especially after little tidbits are revealed about the blind man’s character.

Stephen Lang is a great choice to play the blind homeowner. I only remember him from “Avatar” but with this role, I’m hoping he secures more mainstream parts. Perhaps…Cable in the next “Deadpool” movie? In any case, he’s like Stick from “Daredevil” on steroids and makes for a really mean and scary bad guy. The three kids are okay, I guess, but all they have to be are serviceable. They’re simply pawns in the film used as prey for the bad guy.

As for the actual thrills, “Don’t Breathe” does a great job of ratcheting up the intensity. I’ve seen enough horror films and thrillers to know when a jump scare is coming and even though I knew something would pop out when the camera turned a corner, I still found myself clutching my wife’s arm and actually holding my breath most of the time.

There’s an especially effective sequence when the blind man turns off all of the lights in the basement, putting the kids in his sightless element, that reminded me of the finale of “Silence of the Lambs.” Ripoff or homage? Either way, it was a really fun scene. Overall, the story has some ridiculous moments that really require suspension of disbelief but that’s par for the course in the thriller genre. And no, it’s not a horror film by any means, although some of the marketing may have misled audiences in this manner. It works great as a thriller, but there’s no horror element at all.

So if you’re looking for a fun date movie where you’re guaranteed to get some skin on skin action, go watch “Don’t Breathe.” If your guy is anything like me, he’ll be grabbing your arms and burying his head in your chest for sure.

'Don’t Breathe' has no comments