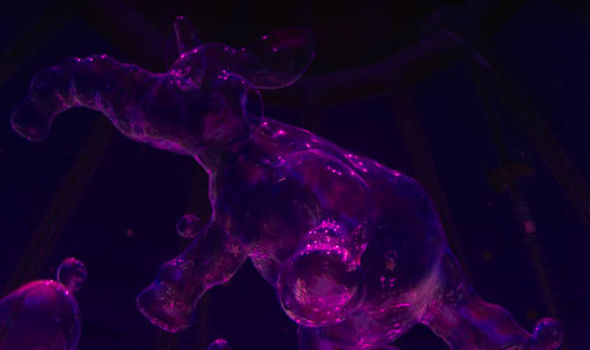 The 1941 “Dumbo” is one of Disney’s most beloved (if dated), emotionally rich and rewarding animated films. It’s about a baby pachyderm, born in the circus, who is torn from his mother, turned into a circus freak but finds acceptance after discovering he can fly. The 2019 “Dumbo” is about how a once-reliable company took another former masterpiece, crassly (if slickly) re-tooled it and created a stinker.

The fault doesn’t lie entirely with director Tim Burton, who does the same professional but impersonal job Kenneth Branagh did on “Cinderella.” This could have been directed by anyone, with only a few glimpses of a “Nightmare”-themed carnival attraction suggesting the movie Burton really wanted to make. The set design is the only thing here that works.

The biggest reason why “Dumbo” is a flop-o can be found in Ehren Krueger’s terrible screenplay (who in the world thought the author of “Scream 3” was the right person for this?). Burton and Krueger deserve credit for not simply making a shot-by-shot live action remake but that’s the only bold choice here. Not only is this no longer a musical, the fun is gone, too. Watching the two versions play side by side would be especially telling: one movie is a wondrous, colorful and funny circus tale, while the other is about Colin Ferrell’s one-armed/wife-less/lifeless circus performer, struggling to prove his worth as a dad. Note to the Mouse House: between this and “Saving Mr. Banks,” please stop casting Ferrell in Disney movies.

An argument could be made that Dumbo is the same wide-eyed innocent tarnished by a cynical world that Edward Scissorhands was but the character doesn’t connect. Other than being E.T.-level cute, Dumbo and the other circus animals are a lot like the dinosaurs in the last Jurassic World sequel: impressively detailed but obviously special effects, devoid of personality. Especially disappointing is the relationship between baby Dumbo and Mama Jumbo; in the animated classic, this union provided some alarmingly powerful scenes, most memorably the wrenching “Baby Mine” sequence (which is poorly restaged here).

Oddly missing is a recreation of the lovely, wordless bubble bath sequence. Some alterations make sense, like losing the un-PC crows (though, it should be noted, they were an vital element of that film). Otherwise, the nods to the cartoon are sheepish, most notably the barely-there ode to “Pink Elephants on Parade,” presented as digital soap bubbles that will bring to mind the rotten “Flubber” remake.

The actors give a collection of performances that are either off-pitch or just plain bad. I’m not sure what Michael Keaton is attempting here, as he occasionally slips into his “Beetlejuice” voice and badly hams it up. Danny De Vito, sadly embracing a Christopher Walken-like self parody phase of his career, works hard but delivers little. I won’t name the child actors who play Ferrell’s children but will note how they’re alarmingly robotic and unconvincing. Only Eva Green, playing Keaton’s squeeze and a trapeze artist, gives any real spark, though her character, like everyone else’s, is devoid of depth.

The harsh incidents from the animated film (presented in the dreamy, expressionistic medium of hand drawn artistry) make this a bad choice for a live action adaptation. Whether Dumbo is CGI or not, it’s no fun to watch animals get abused. There’s no awe to the clunky circus sequences and the band of “freaks” who aide Dumbo are as clichéd and insufferable as the outcasts from the equally lousy “The Greatest Showman.” Seriously folks, there hasn’t been a good movie about the circus since “Big Top Pee-Wee.”

By taking away the voices and focus from the circus animals and, instead, spotlighting the lousy human characters, this steps wrong immediately and just gets worse and worse. We see “Dumbo” fly so often, there’s no suspense or surprise to the spectacle.

As for legendary wrestling announcer Michael Buffer’s extended cameo, there (hopefully) won’t be a more embarrassing movie moment this year than hearing him declare, “Let’s get ready to Dumbooooo!” However, a close second may go to whoever decided that a certain one-armed man would be the perfect person to climb atop a massive circus tent, and cut a hole for an elephant escape. Think about that for a moment.

'Dumbo' has no comments