The thing that made me angriest about “Fifty Shades of Grey” is that, for the first 45 minutes, I kind of liked it. The opening scene is so well acted, the tone surprisingly light and its sense of humor both consistent and intentional, I thought it could work.

Dakota Johnson is both a stunner and an endearing dweeb as Anastasia Steele, who interviews suave billionaire Christian Grey (played by Jamie Dornan) for her school paper. Yes, that’s the set up. It sounds every bit like the fantasy it’s supposed to be, with Steele quivering at every move Grey makes in his form fitting suit. What caught me off guard is that the film appears self aware of the source material and wants to have fun with it. An extended will-they-or-won’t-they courtship ensues, which plays like a romantic comedy with a bit of an edge.

Grey’s humorless demands that his girlfriend endure his S+M torture sessions, become his willing slave, give into his every sexual whim and sign a contract that will allow what looks like casual rape completely disgusted me. Last year, we had Kate Winslet and Josh Brolin in “Labor Day.” Now, here’s an even worse “love story” that doesn’t know it’s about Stockholm Syndrome. No one in front of or behind the camera seems to be aware that Mr. Grey is the film’s villain.

It seems the MPAA ratings board ordered some trims to the highly touted sex scenes, which play more like dirty montages than anything else. I don’t care what two people do in the privacy of their bedroom, but I will complain about the sex scenes in this movie, which are tedious and icky. Grey’s “Playroom” is supposed to be the ultimate in taboo pleasure but resembles a kinky section of Ace Hardware.

Director Mary Harron turned Brett Easton Ellis’ novel “American Psycho” into a far better film than the source material. Whereas the book, intended as satire, is sickeningly misogynist, the movie mocks male machismo, plays like a violent comedy and showcases a fearless performance by Christian Bale (brilliant as a murderous fool with a great physique). What began on the written page as a hateful depiction of violence against women was reversed into a sly commentary on men. No such redemption has been performed on “Fifty Shades of Grey,” despite being directed by a woman, Sam Taylor-Johnson. She’s made a great-looking movie with a toxic center. It rises above expectations, but not the source material.

There’s likely a progressive idea on the definition of sexual boundaries and modern romance to be explored but this movie botches the opportunity. The glossy look and use of Beyonce Knowles tunes inform us we’re supposed to find Grey and his “Dominant/Submissive” games sexy. Thanks, but I’ll stick with “Nine and a Half Weeks,” which was also slick but had complex layers to the central character, played by Mickey Rourke. Dornan is handsome but has the stare of a Tiger Shark. Grey is a real creep, more sinister than enticing and Dornan’s dialog get hopelessly tawdry. It’s impossible to root for this couple, when I kept hoping someone would arrest or bludgeon the “hero.”

One of the campiest lines comes late in the film: “I’m fifty shades of f—– up,” whines Grey. No argument here. 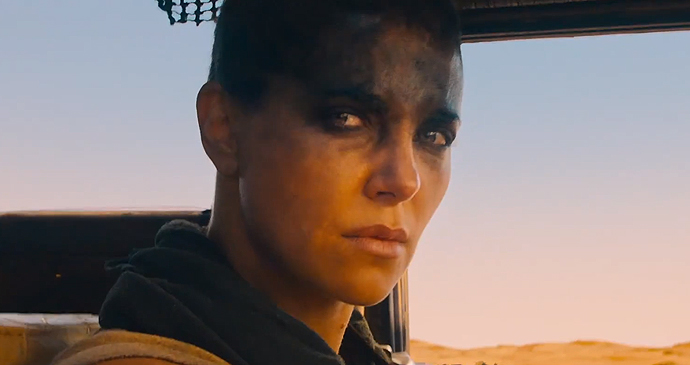