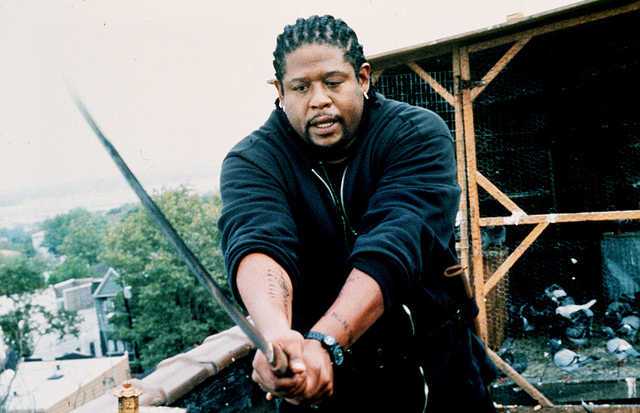 Forest Whitaker is no one’s first choice to play the role of a samurai, which is why it works so well. To describe Jim Jarmusch’s “Ghost Dog- The Way of the Samurai” is to court ridicule and disbelief that the movie could be anything other than a campy disaster. Whitaker plays a silent but commanding figure who lives in a shack atop a building, takes care of a fleet of doves and practices the philosophy and fighting style of a samurai. He’s also a hitman for hire who is known as a near-mythical character in his neighborhood, as passerby’s regard him in the same way New Yorkers have known to recognize Woody Allen in public.

Ghost Dog is a creature of the night, a no-nonsense warrior with a code, unfailing focus and business-first method of attacking his prey that leaves no room for error. There are numerous inspirations to cite for the character of Ghost Dog: Jean Reno’s Leon from “The Professional comes to mind the quickest, but so does Whitaker’s own performance in the little seen “Diary of a Hitman.” Its saying something that, despite the violence Ghost Dog inflicts, I don’t consider him evil. In fact, as the story progresses, he comes across as a guardian of his community, a modern day gunslinger who keeps the peace but inflicts pain when necessary. Whitaker is soulful and compelling in this one-of-a-kind thriller.

There’s poetry in this crazy fusion of western, crime thriller, social commentary and an update of a Japanese samurai tale. Jarmusch is clearly having fun, as he references both “Rashomon” and Woody Woodpecker.

The character of Ghost Dog has a connection with animals, empathy and concern for his community, and a discipline and art to his profession. Everyone around him comes across like a child in comparison (particularly since all of the supporting characters are often depicted watching cartoons). A clever touch is that he’s is an avid reader and makes special mention of “Frankenstein,” “The Wind and the Willows” and “The Souls of Black Folk,” all books that makes up aspects of Ghost Dog’s persona.

This is one of Jarmusch’s best, an odd, risk-taking urban fable that is as deadpan as his previous films but benefits greatly from an air tight pace. The imagery often overlaps and The RZA’s exciting score makes even the quietest moments have an immediacy and fascination.

Exactly what Jarmusch has to say about urban communities, the African-American experience and the state of race relations in America is debatable. Like John Sayle’s “The Brother From Another Planet,” Jarmusch is courting the mainstream with a high concept story but digging into the struggles, concerns and pain found in troubled African-American neighborhoods. Like Sayles, Jarmusch’s liberal, earnest approach courts heavy handed interpretation but is too playful and heartfelt to warrant a fully cautionary decryption. “Ghost Dog” wisely addresses and rises above stereotypes and clearly takes pride in thwarting expectations. An especially funny running gag is seeing how much a particular Italian-American mobster loves Flava Flav. There’s also the whimsical relationship Ghost Dog has with the driver of an ice cream truck who speaks no English.

After his well received but unsuccessful “Dead Man,” Jarmusch is visibly having fun, though his work here is as idiosyncratic, distinct and offbeat as ever. His subsequent films range from a years-in-the-making anthology film, a Bill Murray mood piece and an existential vampire drama. From his very first work, Jarmusch has always been a true original and an asset to the American independent film scene. With “Ghost Dog- The Way of the Samurai,” he took dissimilar elements and blended them into a yet another unique film that celebrates how deeply strange we all are. 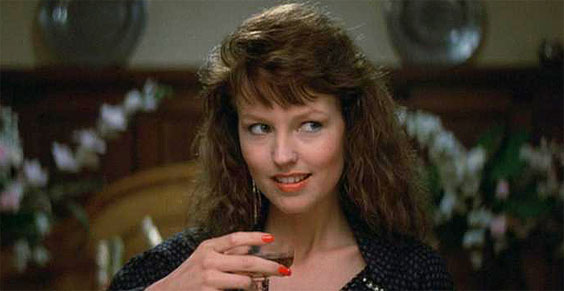 'Ghost Dog- The Way of the Samurai' has no comments