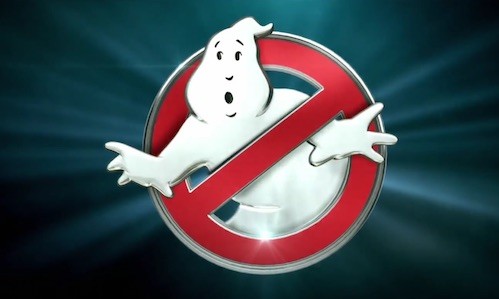 Ghosts are appearing all throughout New York and paranormal enthusiasts, Erin Gilbert (Kristen Wiig), Abby Yates (Melissa McCarthy), and Jillian Holtzmann (Kate McKinnon) are trying to understand how and why these occurrences are happening. With help from subway employee (the underground rapid transit system not the fast food sandwich franchise), Patty Tolan (Leslie Jones), they find that there is someone behind it all. The four of them team up to form a publicly mocked group attempting to prove to the world that ghosts are real and that their study of them is necessary. The media brands them: Ghostbusters.

Controversial from the moment that it was announced, this “Ghostbusters” was already a project that was frowned upon before they had even started drafting up storyboards. A female team? Nonsense. The “Bridesmaids” director? Nope. Why would they touch such a timeless classic? It occurred to me early in this movie’s conception that in our super serious lives, people were applying that same seriousness to something as silly as a movie about people nerding out about ghosts. It would be challenged from the get go and that revelation is why I decided to give it a chance. When this movie was first announced, I can recall saying that I just hope we don’t get “Bridesmaids with Proton Packs” and I’m happy to announce that this is definitely not that.

Let me start off by saying that the team dynamic really works. While Kristen Wiig and Melissa McCarthy are definitely the leads in this film, the roles of Erin and Abby are portrayed in a way that allows Jones’ Patty and McKinnon’s Holtzmann to really be an equal part of the team. No one outshines the others here and they really do bounce off each other well.
With respect to the original cast, Erin, Abby, Jillian, and Patty are each their own characters.

“Ghostbusters” has McCarthy fine tuned as opposed to her past work where she is usually so excessive on-screen that it rides that fine line between hilarious and annoying. Leslie Jones is known for being a loud and at times, brash comedienne and I was worried that they would have her yelling her lines throughout the movie (the trailers didn’t help) and while there is a bit of that, it’s well within reason for her scenes. McKinnon’s role as the gadget creating Jillian Holtzmann is delight to watch on-screen and Kristen Wiig playing the straight man to everyone else’s quirkiness just works. Speaking of quirkiness, Chris Hemsworth portrays their receptionist, Kevin. A not too bright beefcake who somehow has a background in web design. You know that funny where you laugh but then hate yourself for laughing because the joke was so stupid? Those are the Hemsworth scenes. The man is a comic genius as he delivers his lines and literally wanders off screen before anyone has time to react.

I think that the issue that most people have with the movie is that they love the original so much that they can’t help but measure the two side by side. I feel that this mentality goes a long way to hurt the film. It needs to be viewed with fresh eyes. Think of it as another plane of existence where the original four didn’t become Ghostbusters. Instead they took a different path in their lives and ended up doing other things. That’s not to say that there aren’t a few nods to the original. Members from the original cast are peppered throughout the film. For example, Bill Murray plays Martin Heiss, a Ghostbusters skeptic in the vein of William Atherton’s Walter Peck while Dan Aykroyd is a New York City cab driver who for some reason has knowledge about the paranormal.

If I were putting together a list of pros and cons, I feel that the cameos would fall under the cons column. I smiled with each as I recognized the actor/actress but it quickly faded as the scenes quickly became awkward. They are so distracting at times that it really pulls you out of the moment. For everything that this movie does to stand apart from its predecessors, it pays so much homage to them that it does so to a fault.

Another thing I had issue with was the ghosts themselves. The computer generated imagery is so advanced nowadays that the ghosts looked too good if that even makes any sense. They’re borderline cartoony next to their real life counterparts. I liked that there were different types, but they all have that smokey afterglow that makes it seem like they were being color coded for some reason.

When all is said and done, it’s a fun film with a great cast that delivers on the action as well as the humor. It’s got a quirkiness that lasts even through the credits and for those that hold the original close to their heart, I feel that this will be that for a whole new generation of fans.

'Ghostbusters' has no comments