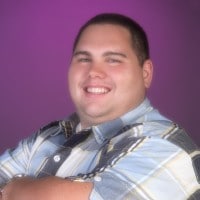 Greg “G Money” Turner is a professional on-air personality. He has worked for multiple radio stations on Maui (Da Jam 98.3, Wild 105.5). He started hosting the mid-day show on Wild 105.5, and then moved on to hosting the night show on Da Jam 98.3. Finally, he moved on to co-hosting the # 1 rated morning show on Maui, “The Big Phat Morning Show” with his partner Neldon “AZD” Mamuad . He became a controversial figure in media with his outstated opinions on politics, current events and entertainment. He currently is an editor and reviewer for the most progressive media site on Maui, MAUIWatch. He is the executive producer and host of the NERDWatch podcast where he can be heard weekly talking about the latest in nerd culture from an island perspective.

Greg became a member of the Hawaii Film Critic Society in 2016. His love of film came from his father. He grew up down the street from where “Karate Kid Part II” was filmed.