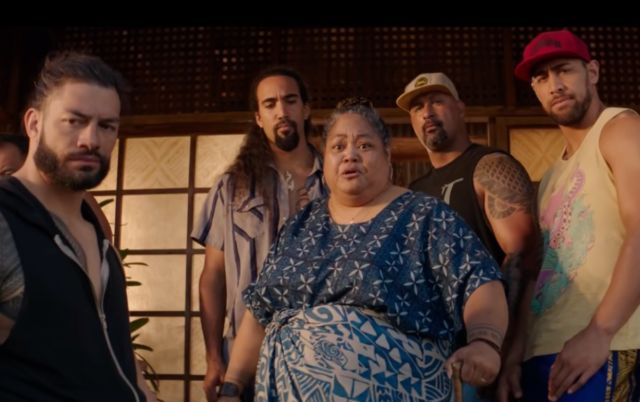 Law enforcer Luke Hobbs (played by Dwayne Johnson) and career criminal Deckard Shaw (played by Jason Statham), supporting characters in the “Fast and Furious” franchise, now have their very own spinoff. What was once fast and furious is now long and tedious. If you’ve ever wondered what one of these movies would be like without Vin Diesel and Ludacris, now you know.

A slickly dressed terrorist named Brixton (played by Idris Elba) is about to unleash a super-virus on the world and the only thing standing in his way is Hattie (played by Vanessa Kirby)…and her big brother, Deckard Shaw. Oh, and The Rock!

Let’s look under the hood of the franchise: this is either “The Fast and the Furious 10” or “Fast 9.5.” Whatever you want to call it, “Hobbs and Shaw” thinks it has the same its-so-over-the-top-its-funny street cred as the others in this series in the series but doesn’t. The reason is that, unlike the Diesel-fueled entries, this one is charmless.

“Hobbs & Shaw” is overly busy setting up its own cinematic universe. While Johnson and Statham have made a clean break from sharing the frame with the ensemble of Diesel’s “family,” they were better in small doses. The two leads have moments where they really get to act but otherwise are coasting on their overly familiar screen personas. Whatever these two have together on screen, it’s not chemistry; They exchange a lot of quips about size but it never looks like they enjoy working together. Co-star Kirby has a far more interesting and unique presence, but she’s mostly on hand to provide a weird “Hey, that’s my sister” tension between the leads. Also, the radiant intensity Kirby exuded in “Mission: Impossible- Fallout” is absent.

As for Statham, let’s not forget that Shaw was introduced to this series as the villain- he viciously killed Han at the end of “Fast & Furious 6”. I don’t forgive him and neither should you (RIP, Han).

Brixton is constantly referred to as “the black Superman,” which isn’t as good as actually seeing Elba play Superman. As professional as he is here, watching Elba, who once played Nelson Mandela, waste his time in this is like watching Jake Shimabakuro play “Mary Had a Little Lamb.”

After lots of globe-trotting, muscle tussles and fake-looking CGI destruction, the story settles in Samoa. Let it be said- the Samoans almost save this movie. Specifically, Lori Pelenise Tuisano, who plays Sefina, Hobb’s mother, is a scene stealing spitfire. There should have been lots more of her. This entire sequence (shot on Kauai) should have been further developed and it’s a crucial flaw. As the story goes, Hobbs abandoned his people but, within five movie minutes, he heals all wounds, reconnects with his kin and leads a spears vs. guns battle. Well, he is The Rock after all. Still, since Johnson is the film’s producer, it would have been preferable to center the screenplay on his Hobb’s troubled journey and the need to return to his tribe. As is, the scenes of Hobbs with his daughter, as well as the pivotal Samoa chapter, are dangling plotlines that aren’t given as much attention as the tiresome smash ups.

The action has its moments but these scenes are severely over-edited and use so much CGI, there’s no question how fake this is. Nothing here comes close to jaw dropping stunt work and precise choreography in the recent “John Wick” or “Mission: Impossible” installments. The superstar cameos only add to the feeling of desperation. Wait a minute- a movie this noisy, stupid and smug, filled with self-congratulatory, vanity-fueled performances? Congratulations, Millennials, you now have your very own “The Cannonball Run.”

'Hobbs & Shaw' has no comments