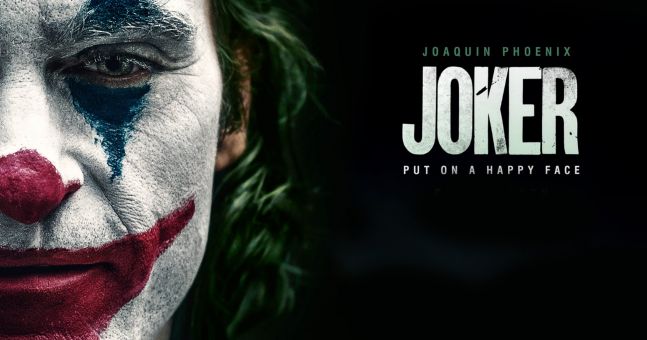 Finally, someone at Warner Brothers realized that if you release a stand-alone movie about the Joker, you’re bound to make piles of money. The trouble is, they entrusted the story of Batman’s greatest nemesis with Todd Phillips, the director of Due Date, whose love of ‘70s movies (and mean-spirited material in general) gets the better of him. While impressively shot and centered around an astonishing, if self-indulgent, Joaquin Phoenix performance, Joker is a curiosity item that mostly succeeds at stacking one cringe-worthy scene after another.

Phoenix stars as Arthur Fleck, a professional clown whose ailing mother (played by a superb Frances Conroy) and failing career bring him down. A sudden tendency towards violent altercations and an adoration for a schlocky talk host (Robert De Niro, who’s excellent) give him a renewed identity.

Joker is grim, unpleasant, and tiresome from start to finish. It’s also never all that surprising – the kind of movie that’s too easy to get ahead of. It’s worth seeing once for the performances, then never again.

Phoenix has played a strikingly similar character before, in Paul Thomas Anderson’s brilliant The Master, which better showcased the actor’s willingness to give an unguarded portrait for a severely damaged soul. There are some remarkable moments in Joker that spring from Phoenix’s unhinged willingness to engage with madness, but the focus on Fleck’s laughter and deranged episodes become monotonous. An ill-considered romantic subplot featuring Zazie Beetz was a terrible idea. So are the scenes set in a low rent community of clowns. As for the Joker’s backstory, it’s akin to a Lifetime TV movie and unworthy of “The Clown Prince of Crime.”

Phillips work has always focused on anarchy and character studies of troubled minds: Just look at his Hangover trilogy, particularly the darker, savage sequels that weren’t even trying to be funny. His take on The Joker at least offers a drastic tonal difference than any other 2019 comic book movie but winds up being similarly dissatisfying and on par with Hannibal Rising, another psychopath origin story we thought we wanted.

There’s nothing wrong with making a film with an anti-hero or villain as the main character, nor creating a work that dwells in human misery. In fact, Joker makes this obvious, with heavy-handed homages to both Martin Scorsese’s Taxi Driver and The King of Comedy, right down to the casting of De Niro. But, Phillips (who co-scripted with Scott Silver) neglects to provide some needed contrast to Phoenix’s overly busy performance.

What Scorsese brought to his depictions of Travis Bickle and Rupert Pupkin was an ensemble of characters around the wacko central figure, humor, and a sense of life to the proceedings. Here, we have a movie so relentlessly downbeat, it’s thoroughly predictable; Phoenix is in every single scene and it can be predicted that something bad will always happen to him. It makes for a long slog of a movie.

Truthfully, Joker reminded me the most of Shakes the Clown, the once-controversial film from writer/director/star Bobcat Goldthwait; both films go out of their way to smear our faces in muck and traumatize anyone with a clown phobia. Between Joker and It: Chapter Two, one can assume it’s been a hard semester for the students at the Ringling Brothers and Barnum and Bailey Clown College.

Although set in the early 1980s, the bursts of graphic violence bring to mind both the Bernie Goetz subway shootings and the on-air suicide of politician Budd Dwyer. All of this feels less like social commentary and more of an excuse to let Phoenix cut loose. As far as film and TV Jokers go, Jack Nicholson and Mark Hamill remain my preferred favorites. This is very much The Joaquin Phoenix Show, in the same way his I’m Still Here documentary was fascinating, but only to a point.

I applaud that this movie got made, as it is exactly what the trailer advertised: a nasty, patience-testing art movie that dives head-first into joyless material. It may the anti-Marvel movie that some will find refreshing but it merely reheats the kind of nihilism that was common in many late 1990s indie movies. The joke is on us.

'Joker' has no comments