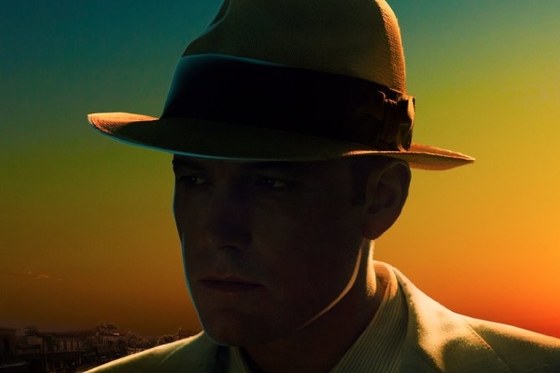 Ben Affleck’s fourth film as a director is an adaptation of Dennis Lehane’s 2012 novel “Live By Night,” a Prohibition-era gangster drama. Considering that Affleck’s 2007 directorial debut was the extraordinary “Gone Baby Gone” (also based on a Lehane novel) and that his previous film was the Best Picture winner “Argo,” my expectations were high for his return behind the camera. Unfortunately, Affleck should have stayed in the director’s chair, embraced nepotism and had his little brother Casey front and center for this one. While Affleck has made a respectable, ambitious work with an expansive storyline, it leaves an indifferent response and suffers mostly by having its director in the starring role.

When we meet Affleck’s Joe Coughlin in Boston of 1926, he’s a getaway driver for stickups and, in his words, living like an “outlaw.” Despite the stern warning of his police captain father (played by Brendan Gleeson), Coughlin is having an affair with Emma (Sienna Miller), the mistress of a vicious mobster. This portion of the story is a mere set-up for a much larger narrative, which expands to Florida and involves local corruption, Cuban nightclubs, the KKK and religious conversion.

There are excellent supporting turns by Miller (who’s been on a hot streak lately), Elle Fanning (playing the film’s most complex, tragic figure) and Chris Cooper (top notch as a fed up law enforcer). There’s also Chris Messina, nearly unrecognizable in a De Niro-like transformation and giving a great turn as Coughlin’s right hand man. The casting in this movie is so good, there’s even outstanding turns by Max Casella (formerly Vinnie Delpino on “Doogie Howser, MD”) and Anthony Michael Hall!

Since Coughlin is in every scene and Affleck looks smashing in a fedora, one could accuse this of being a vanity project. Although he’s assembled a top tier collection of actors in support, this feels less like an ensemble and more of The Ben Affleck Show. However, this is among Affleck’s least compelling performances. While in no way a return to the double-whammy embarrassment of starring in both “Gigli” and “Daredevil” in the same year, Affleck does his film a major disservice by taking the lead. Coughlin is a haunted former soldier and reluctant killer with a simmering, tormented conscience. There is nothing in Affleck’s light, far-too-reserved acting that suggests the struggle his character is undertaking. Under his own direction in “Argo” and especially “The Town” (still his best movie), Affleck has been exceptional but that’s not the case here.

Don’t get me wrong. I’m a fan of Affleck and love the winning streak he’s been on for the past ten years. His heartfelt work in “Chasing Amy” won me over twenty years ago and subsequent turns in “Good Will Hunting,” “Bounce” and “Changing Lanes” were better than merely good. When too many flops, embarrassing hits and obnoxious (and undeserved) media attention threatened to derail his career, Affleck admirably stepped back. Superb character turns in “Hollywoodland” and “Extract” led to an unlikely, smashing emergence as a filmmaker. Despite the are-you-kidding-me response to the initial announcement, Affleck, of all things, turned out to be a terrific Batman. He’s worked hard for his success and I suspect he will survive this setback.

I want to give this movie a break, because there are great scenes, more than a few performances worth seeing and the story is very good. There may be too many endings but the final scene is shocking. That said, the many great pieces within the film don’t fully connect. Although it’s been promoted as a shoot-em’ up and Affleck knows how to stage an exciting action sequence, this isn’t an action movie. Lehane’s themes of what makes a criminal and the inner rot within upstanding citizens drives this very long movie. There are good things in “Live By Night” but it let me down as much as Affleck’s performance lets down his movie.

'Live By Night' has no comments