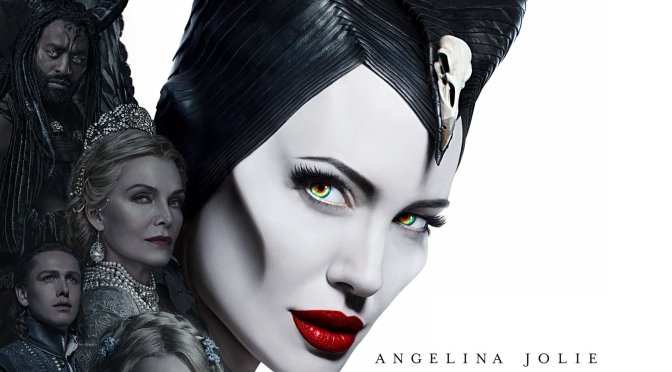 I don’t see movies more than once in the theater and usually avoid repeat viewings of the films I like for a few years. I do this because I want the repeat experiences to feel fresh and also, I see so many movies that I don’t really have the time to watch the same ones over and over again. A rare exception to this was Maleficent, the 2014 live-action Disney spin-off of Sleeping Beauty, which I caught three times during its theatrical run. Why? It took me by surprise and offers a boldness that is rare for a fantasy film intended for family audiences.

There is an aching at the center of that film, a bold darkness that took me back to the brave, scary, and brilliant Return to Oz that traumatized and thrilled me in the ‘80s. Disney rarely makes movies like that anymore. Led by a wonderful lead turn by Angelina Jolie, Maleficent moved and stunned me in equal measure; while not flawless, it made my list of the 10 best films of the year. Four years later, we have the follow-up, Maleficent: Mistress of Evil and, like most subpar sequels, it fails to justify its existence.

Jolie’s evil Maleficent is now reformed and living out in the woods. Her goddaughter (played by Elle Fanning) is engaged to be wed and requests that her horned, black-attired guardian accompany her as she meets her mother-in-law-to-be (played by Michelle Pfeiffer). Things go wrong almost immediately and secrets within a kingdom reveal a conspiracy in place.

No one in the cast is going through the motions but the screenplay certainly is. Considering how the prior film ended, the premise (in which Maleficent’s reputation has been poisoned, even as she is no longer the insidious creature she once was) is forced.

While it’s been years since Jolie played the part and her recent efforts have been in filmmaking, she returns easily to the role and injects it with zest and visible playfulness. In terms of adapting a specific tone and presence, Jolie couldn’t be better, though the character comes with more quips this time. With its star so in her element, Pfeiffer never stood a chance at stealing this movie from her. Yet, with the dark poetry and character-driven plot either diluted or absent, this never makes a lasting impression.

Similar to the Kristen Stewart-led Snow White and the Huntsman, I loved the design of the film, particularly the forest creatures, costumes and settings, but found the human characters and the story overall quite dull.

Aspects of the original that didn’t really work have been over-inflated: Maleficent’s sidekick, a man who turns into a raven, is back and so are the three odd, irritating fairy godmothers. A bigger mistake was putting so much emphasis on the climactic battle, in which massive clouds of red smoke mark the skies. The last thing this needed was bigger action and there’s nothing here that a genre ace like Peter Jackson hasn’t already done so much better. Oddly, there are lengthy portions without Maleficent and Chiwetel Ejiofor is ill-used in a supporting role. Meanwhile, genre veteran Warwick Davis is on hand to do almost exactly what he’s already done in the Harry Potter films.

While Maleficent: Mistress of Evil isn’t a lazy Disney cash grab sequel like Alice Through the Looking Glass, it’s only slightly better than that. Though it’s ambitious and well produced, it’s thoroughly hollow and the story is predictable. The many flying scenes here are well done but they don’t add much beyond empty spectacle.

Late into the third act, there is a shocking moment but, rather than allow a powerful turn of events linger, the movie quickly reverses the plot twist before the surprise of it can fully sink in. To say the least, whereas the first movie took some real chances, this one plays it awfully safe.

'Maleficent: Mistress of Evil' has no comments