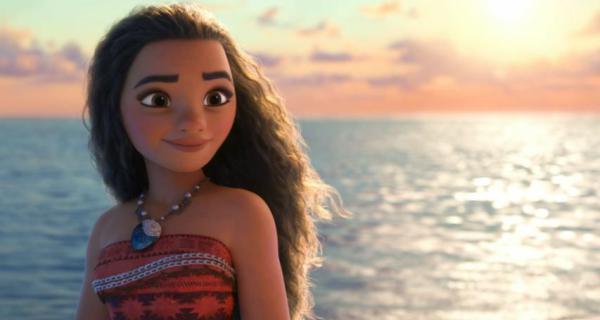 Disney’s latest adventure is “Moana” and it’s a tale that draws inspiration from Polynesian culture and the many mythological tales that those varied cultures helped to shape. Being from Hawaii, it’s easy to make the relation between the characters and my island home, but I should take a moment to point out that this tale is not just of Hawaii. Nor is it just of Fiji. It’s not just Samoa either. It invokes all of these cultures and many others. I left the theater swelling with pride even though I consider myself to be far removed from my heritage.
I hold the folks at Disney in high regard when it comes to storytelling. They truly are a collection of some of the great storytellers of our time and for “Moana” they’ve utilized everything in their bag of tricks to give us an entertaining tale that tugs at the heartstrings. An adventurous teenager leaves home on a daring mission to save her people. Her quest to find a trickster demigod and convince him to return something that he stole might be just the thing to give her what she has always tried to find: her own identity.

The attention to detail here is fantastic and as usual, the crew responsible at Disney animation made sure to do their research. From gorgeous landscapes to intricate dances, from simple things such as rope made of coconut fibers to the unmistakable way that Polynesian hair reacts to dry salty sand. They got it right. Even something as trivial as the way that a handmade cloths reacts to the sudden introduction of powerful winds.

The characters of “Moana” are portrayed well and fit into the usual Disney character archetypes.

Moana (Auli’i Cravalho) is the daughter of a village chief who, like most Disney title characters, feels as though there is more out there then the normal day to day. Cravalho is a delight and her performance really does stand out as a refreshing voice in a role that we have seen before and she easily holds her own when paired with more seasoned actors.

Maui (Dwayne Johnson) is the trickster demigod who stole the heart of Te Fiti, the island goddess who created life. While the character is new, Johnson’s performance here is something we’ve seen before. The bravado of the character is easily a callback to the actor’s past as a wrestling superstar and the heart and comedic side of the character is something we’ve grown accustomed to from his earlier family-friendly movies like “The Game Plan” and “Tooth Fairy.” I’ll be quick to point out that while the performance is nothing groundbreaking, the character of Maui and the way that Johnson portrays him is what carries the film along and keeps the story moving.

Gramma Tala (Rachel House) is the other character I wanted to spotlight in my review. She brings the story’s exposition as well as the soul of the film and House’s standout portrayal of the character is truly touching. There’s a lot of symbolism when it comes to Tala and her beliefs and I teared up when Moana finally left her island home because of what the imagery symbolized. I will never look at manta rays the same. Ever.

I think we can all agree that most Disney princess movies are animated musicals. That’s just the way that they’re built. Disney animated movies and iconic songs are a thing. You can’t think “Aladdin” without “A Whole New World” and of course, how can anyone possibly think about “Frozen” without “Let It Go?” Maui’s “You’re Welcome” is in the vein of Genie’s “Never Had a Friend Like Me” and Moana’s “How Far I’ll Go” is easily reminiscent of Mulan’s “Reflections.” There’s even a villain’s anthem a la Scar’s “Be Prepared” in Tamatoa’s “Shiny.”

In closing, I feel that movie makers have had a rough deal as of late. If they’re not being accused of whitewashing, they’re being scolded for cultural appropriation. Disney seems to like sticking their necks out from time to time when it comes to their princess line of films and with cherished characters like Jasmine and Pocahontas, it’s easy to see why they’re so eager to do so. Moana herself would be quick to point out that she’s not a princess, but let’s get it straight: this IS a princess movie and an endearing one at that.

'Moana' has no comments