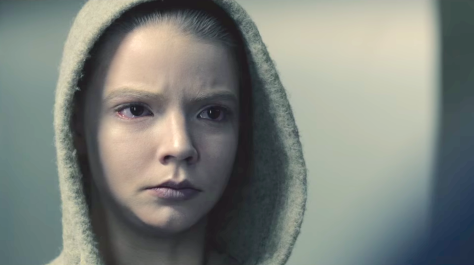 The director of Morgan, Luke Scott, comes from a prestigious pedigree of director relatives. Luke’s father, Ridley Scott and his uncle, Tony Scott. Luke Scott may have a lot to live up to, but surely is prepared to forge his own directorial vision. Enter Morgan, Luke’s directorial debut. He is treading familiar sci-fi ground that his father reinvented with hits like Alien and the Martian. Can Luke craft an enthralling sci-fi tale?

Morgan begins on an unassuming backwoods mansion. Alongside the mansion is a lab where a host of scientists and specialists are bio-engineering a life-form, Morgan, with intelligence and emotion and an unbelievably fast rate of growth of both mental and physical abilities the likes of which have never been replicated by man. On a typical lunch session with Morgan to take readings of her vitals and to ask questions of it, the specialist is viciously attacked by Morgan. The corporation that is funding this research is notified and they send out risk management specialist, Lee Weathers to assess the situation and handle it as she sees fit.

Morgan is a tense and creepy tale of what happens when science plays God and the consequences of it. Anya Taylor-Joy plays the title character, Morgan and Kate Mara plays Lee Weathers, the risk management specialist. These two leads are joined by an impressive cast of talented actors including Paul Giamatti, Toby Jones and Michelle Yeoh. These three play scientists here and have very little, but effective screen time. The bulk of this moving is carried by Anya Taylor-Joy and Kate Mara. They both do an admirable job trying their best to prolong a story that felt more like it would be a better fit as a Twilight Zone episode. A couple of unnecessary false starts to the unfolding of the proceedings hold it back from being special. Luke Scott and writer Seth Owen have some generally good ideas that are never fully explored, but still manage to make the film intriguing in its final half.
Morgan suffers from one major problem that holds it back, predictability. About halfway through Morgan, I had figured out what Lee Weathers was and what Morgan’s fate would be. Director Luke Scott has an amazing future in film. Morgan is a pretty good first effort and moving forward Luke Scott will learn from this and give audiences meatier stories that we can sink our teeth into with his next few projects. He has the eye of his father, Ridley, now all Luke has to do is find the nuance his father so masterfully has displayed in the stories he tells and the actors he directs. As for Morgan, I’m giving it a mild recommendation. I just believe this compelling story would have been better suited in a shorter story telling format. Just like the Morgan itself it maybe time to put this movie aside, learn from the mistakes and make another bigger and better.

'Morgan' has no comments