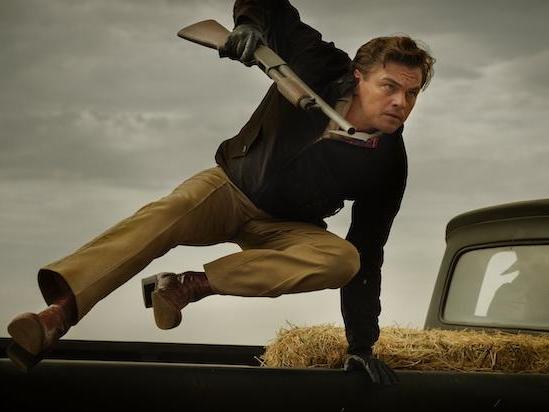 In Quentin Tarantino’s “Once Upon a Time…in Hollywood,” Leonardo DiCaprio stars as Rick Dalton, a B-level western star whose career has never branched outside of television. Often accompanied by Cliff, his stuntman, go-to-repairman and best friend (played by Brad Pitt). As the late 1960’s set in and the radical counter cultural movement overtakes America, Dalton’s career momentum as the bad guy of the week on TV is starting to wane prospects seem unlikely.

I knew a man like Dalton. His name was Lyle Bettger and he was a member of the church I attended in Makawao. Bettger played a bunch of bad guys in westerns, most famously in “Gunfight at O.K. Corral.” He had a kind, if slightly mischievous smile. I attended a retrospective screening of clips that showcased how many times he had played “the bad guy” and wound up shot dead by some of cinema’s greatest heroes. As others noted during that screening, Bettger (who sadly passed away in 2003, at the age of 88) was a good sport but, after watching himself get shot by Kirk Douglas, Steve McQueen and other notables, his smile waned a little. What can one make of a lifetime dedicated to pretending to be defeated by movie stars in cowboy hats? This question plagues Dalton as well.

What a pleasure it is to watch DiCaprio, one of the best actors of my generation, playing a bad actor. Dalton is more of a professional ham than a nuanced performer and, to his credit, DiCaprio doesn’t play any of this for laughs. As mannered as DiCaprio’s performance here is, there is wit and genuine vulnerability.

Pitt is even better, nailing the lived-in, seen-it-all, up-for-anything mentality of his character. DiCaprio and Pitt don’t have a boisterous, back-slapping chemistry that we’re used to seeing in movies and that’s exactly right- these men are clinging to one other, like brothers who know their sibling so well, they speak in a shorthand and are careful not to intrude upon the other.

Margot Robie is excellent as the late Sharon Tate, who is the key to the film’s boldest storytelling risk and the moving concluding scenes. A swarm of supporting players tickle the eye, then quickly exit the film (Martin Kove and James Remar have welcome cameos in the first few minutes). The ones that stick are Kurt Russell (who appears and also narrates), a scene stealing Julia Butters (playing Dalton’s Kim Darby-like co-star) and Mike Moh’s wonderful turn as Bruce Lee (who Tarantino refreshingly portrays without a hint of built-in reverence).

On the surface, Tarantino’s film pulls us in immediately and weaves its spell with his expected craftsmanship as a visual storyteller, verbal maestro and provocateur. The establishing scenes are exhilarating, as Tarantino recreates a lost time and allows his audience to immerse themselves in this vivid dreamscape, both real and imagined.

As a work of an important filmmaker, this is a profound commentary on the relationship we have to cinema, as a reflection of truth, a mirror to our lives and a means of creating fantasies (both personal and revenge-driven).

Tarantino’s film is constantly contrasting “real life” with an elevated version of it, as his ensemble of fictional characters co-exist (E.L. Doctorow-style) in the same space as film legends. As a commentary (and occasionally outright homage) on the western genre, its far stronger than his prior two films.

The only thing I didn’t like about Tarantino’s latest is how self satisfied it is. It’s a quality that even his 1992 debut film, “Reservoir Dogs” exuded; beneath their poker faces, you sense the cast knows how great this movie is. You know what? I agree with them. The admiration society extends outward to me as well. I love this movie.

'Once Upon a Time…' has no comments