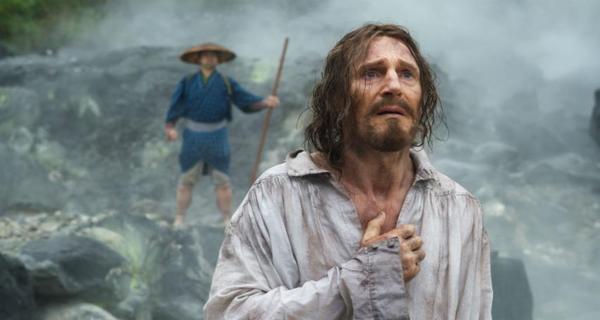 For decades, there were two passion projects Martin Scorsese had been aching to make. His long discussed, bucket list films had been “Gangs of New York,” which he made in 2002, and finally, “Silence.” Harrowing, intelligent and rewarding overall, Scorsese’s “Silence” is a tough sit but unquestionably one of the filmmaker’s greatest films.

In the early 1600’s, two Portuguese Jesuit priests, Rodrigues and Garrpe (played by Andrew Garfield and Adam Driver), are sent to Japan to locate Ferreira, their mentor (played by Liam Neeson). The priests are aware of the great danger involved, as practicing Christianity was Japan is considered a crime, punishable by death. Also, they have no way of knowing whether the man they seek is still alive.

It’s is astonishing to consider that Scorsese’ previous film was “The Wolf of Wall Street,” which is as different from this movie as “Star Wars” is to “The Shawshank Redemption.” Film buffs may recognize that, at times, Scorsese is paying visual homage to Akira Kurosawa, Roberto Rossellini, Yasujiro Ozu and Terrence Malick. The filmmaker is openly dealing with themes and topics that are under the surface in his more mainstream movies but have always been a part of his work. The level of ambition and artistic accomplishment here is amazing. Longtime fans of the director will note that he’s made another vastly unexpected, out-of-left field masterpiece on par with his equally dissimilar “Alice Doesn’t Live Here Anymore,” “After Hours,” “The Last Temptation of Christ,” “The Age of Innocence” and “Kundun.”

Scorsese has made a deeply religious film that honors the complexity of the subject matter by not going down easy in pat sermonizing. Both faith-based and atheist audiences will have lots to discuss afterwards, though the response will likely be divisive. I was challenged and intrigued by the film’s examination of living and dying by faith, what it means to be a missionary and the cost of both declaring and denying one’s faith.

Shot in Taiwan, the cinematography captures exotic locales but never makes the imagery pretty; the look of the film compliments the somber tone. Garfield and Driver gives remarkable, go-for-broke performances, but its Neeson’s work that really knocked me out. Of the large Japanese ensemble, I’ll never forget Yosuke Kobuzuka as the Judas-like Kichijiro and Issei Ogata as “The Inquisitor.”

Those who are big fans of Scorsese’ gangster films and are nonchalant about the bloodshed in his films may, nevertheless, find the violence here shocking. The brutality depicted is intimate and a sense of dread fills many scenes. Although “Silence” moves briskly for a nearly three-hour movie, the scenes of torture and anguish will make it a challenge. Yet, that’s also the point, as Scorsese intends to put his audience through the ringer and allow the questions he raises to weigh on us as it does his protagonist.

An argument will likely be made that Scorsese has demonized the Japanese characters but that isn’t the case. While they are the “villains” on a surface level, the “Inquisitor” and his soldiers are well spoken, thoughtful about what they do and express a duty to prevent the spread of a foreign religion.

By the film’s end, I was exhausted and drained but found “Silence” thoroughly engrossing. There were other great films released in 2016 but this one is an easy pick for the best of its year. What gives this movie the greatest edge over its competition is its closing image. I won’t spoil it, but the last shot Scorsese leaves us with it left me moved and re-thinking many earlier scenes. The master filmmaker is both celebrating and questioning his faith, honing his passion for cinema to create a deeply personal and meaningful work. All of Scorsese’ films are entertaining and made with great skill but this one, like his best, aches with purpose and feeling.

'Silence' has no comments