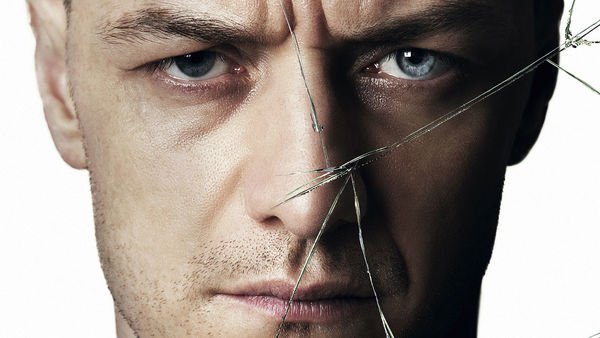 The introductory scenes of “Split,” the latest creeper feature from M. Night Shyamalan, are straight out of a nightmare. Imagine you, your best friend and the weird girl (played by Anya Taylor-Joy) from your class have been abducted in broad daylight. You’re being kept prisoner for reasons that aren’t initially made clear and your captor, Kevin (played by a game James McAvoy) has multiple personalities, each one more diabolical than the last. To make matters worse, Kevin boasts of a new persona, “The Beast,” who is on his way out and ready to make his “glorious” appearance.

Once again, Shyamalan is working with a small budget, a tiny cast of mostly unknowns and playing to his strengths as a stylish helmer of fright tales. His latest comeback vehicle is sturdier in cinematic craftsmanship than “The Visit” and has a “Twilight Zone”-ready premise but “Split” is sometimes creepy and discomforting for reasons that aren’t intentional.

Because the characters are thinly sketched and the logic of Kevin’s situation gradually reveals itself, there’s little suspense. We don’t know where the film is going but a crucial problem is that it seems possible the story is going nowhere. The third act finally kicks the story into high gear and things get eventfully crazy but it’s also just a variation on the typical slash n’ stalk.

Shyamalan allows for some playful filmmaking, particularly in the eerie stalker POV shot that establishes the set-up. The filmmaker especially favors extreme close-ups, making an already claustrophobic film even more intensely intimate. While Shyamalan’s previous return to audience favor, the “found footage” “The Visit,” is a more crass, far less elegant work, it’s also much scarier, pushes its premise as far as it could go and has a whopper of a twist. The logic of “Split” gets iffier with each passing minute and it leaves unanswered questions in its wake.

McAvoy has never had a role this good and he’s often impressive. His best scene is a knockout bit where all of Kevin’s personalities resurface, one after another. Yet, his performance sometimes feels like a parlor trick.

Taylor-Joy’s character has a disturbing past that we witness in unsettling flashbacks and it’s a misstep: these scenes are poorly acted and prove to be more ugly than illuminating. Rather than create a connection between a horrific childhood and her current ordeal, the screenplay exploits her experiences as a victim. Even worse, it makes Taylor-Joy another underdressed teen horror movie heroine. The movie lets the actress and her character down. It’s a definite step down for the actress, who was remarkable in last year’s “The Witch.”

Film veteran and Broadway stage legend Betty Buckley has a far better role here than she did in Shyamalan’s unfortunate “The Happening.” Playing Kevin’s psychiatrist, Buckley has the most dialog, but it’s almost entirely didactic exposition. Shyamalan makes a cameo appearance and its mercifully brief; his one scene as Buckley’s assistant is so hammy, it’s like he’s still sticking his tongue out at those “After Earth” naysayers.

Shyamalan was clearly aiming for his “Psycho” but it plays like the result of the filmmaking watching “Raising Cain” far too many times. The introductory scenes reminded me of “10 Cloverfield Lane,” though that movie had a far bolder narrative, tighter suspense and a firmer grip on its audience.

Undoubtedly, the film’s very last scene before the end credits was the one that truly surprised me and left audiences buzzing as they left the theater. It still struck as me as too-little, too-late.

I left the movie feeling disappointed and put off by what an unpleasant experience it put me through. This isn’t a creative step back for Shyamalan but it should have been better. Consider my final critique an even split.

'Split' has no comments