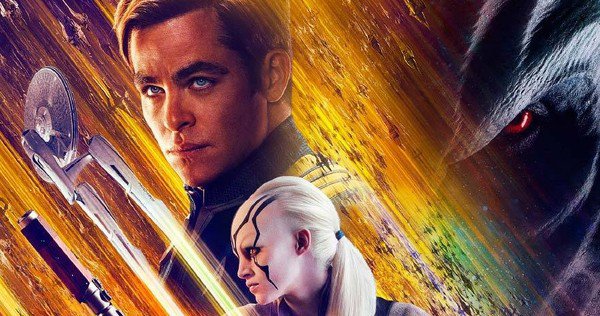 I’m not really a Star Trek fan despite enjoying the first two films in this reboot series by J.J. Abrams. He has since left the franchise, moving on to Jedis and BB-8s, but “Star Trek” was definitely left in good hands with “Fast and the Furious” director Justin Lin. Or so I thought.

“Star Trek Beyond” leaves the crew of the USS Enterprise stranded on a strange planet after falling victim to a surprise attack that rips the ship apart. Bones helps Spock recover from a serious injury — an injury that Spock seems to heal from very conveniently when the story demands that he take a larger role. Kirk, Chekov and Scotty team up with an alien warrior named Jaylah. Meanwhile, Uhura and Sulu are given the least to do as prisoners of their assailant.

Having the key crew members work separately appears to be an attempt to develop new relationships among them and provide depth to their characters beyond assigned roles on the ship. But I felt that it actually hurt the movie. I loved seeing them work as a team in the previous editions and the chemistry was often strong during those moments. I can understand the attempt to try something different but it just didn’t work for me. And please, enough with Kirk’s daddy issues already. It’s tired.

The film starts very slowly and takes a while just to get to this point but when it finally does, the meandering from group to group is distracting and made me lose interest very quickly. The bond between Kirk and Spock, which was a focus of the previous film, is completely ignored here. Spock’s romance with Uhura is also barely touched upon, except to reveal a key plot element. And I don’t know what Karl Urban was doing as Bones. He’s always been the wise-ass curmudgeonly comic relief but there’s a fine line between funny and irritating and his over-the-top line delivery crossed that line several times. I did not care about any of it and found myself bored.

The only character I truly enjoyed this time around was Jaylah, played by Sofia Boutella. Girls kicking ass is definitely trending in recent cinema and Boutella is warm, funny and tough as the stranded warrior Jaylah. She was a nice breath of fresh air compared to the drudgery of the rest of the cast.

The action scenes are also surprisingly tame, given director Lin’s resume. Outside of the pretty cool attack on the Enterprise by a bunch of nanobot-like spaceships, the action is uninspiring. There are no really cool money shots and often the action is hard to make out due to over frenetic editing and dark settings. You’d think that allowing Lin the freedom to play around in space would provide a vast arena for his usual high jinks but instead they were glaringly absent.

This has been a very disappointing summer film season thus far and “Star Trek Beyond” unfortunately continues that negative trend.

'Star Trek Beyond' has no comments