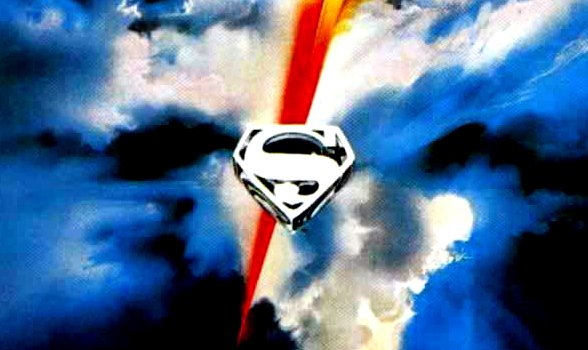 To understand how important “Superman- The Movie” is as a comic book adaptation and how creatively successful it is, all one needs to do is observe the opening scene. We open on panels of a “Superman” comic book, read by a young child, who recites the words that define the character of Kal-El/Clark Kent/Superman. The illustration of the Daily Planet newspaper building globe, a mighty, revolving statue atop a skyscraper, suddenly becomes real and is in motion. The boxy aspect ratio suddenly becomes wide screen, the opening credits shine across the screen and John Williams’ score alerts us that we’re about to witness something epic-sized. These opening minutes of Richard Donner’s film lay the groundwork of what makes all great comic book movies work: a respect for the source material and also a personal interpretation that enhances the comic book, breaking it out of the panels, without losing sight of what makes it special. It was a tall order in 1978, when movies based on comic books were not respected, let alone “tent pole” studio event movies with franchise aspirations. Today, this landmark film still demonstrates what it looks like when every facet of a comic book movie (casting, directing, tone, reverence, pacing and a sustained sense of humor) works together.

The story opens with the eerie Krypton sequence, in which the film’s infamously well paid star, Marlon Brando, plays Jor-El and oversees a bizarre court hearing. This is worlds away from Brando’s best work as an actor but, to give him the credit he deserves, he manages to be utterly commanding. A perfect touch: his introductory line is “this is no fantasy.”

Intriguingly, Jor-El is criticized for voicing contradictory and controversial views that are not accepted among his people. This is clearly a theme of resonance for the Alexander and Ilya Salkind, the film’s producers, as it also comes up in their unfortunate “Christopher Columbus- The Discovery,” which also starred Brando.

Jor-El’s decision to send his son, Kal-El, to Earth, in tones that are overtly biblical, are more tender rather than heavy handed. The sight of Brando and Susannah York as Superman’s parents, watching as their only child leaves them, is even more touching than I remembered.

We follow baby Kal-El as he lands on Earth, becoming a likeable but “weird” teen with stunning powers he can barely disguise. Once Kal-El, under the guise of Clark Kent, mild mannered newspaper reporter (yes, I’m quoting the comic book) moves to Metropolis and becomes a reporter, his attraction to Lois Lane (Margot Kidder) only enhances his love for humanity and his drive to save the citizens of Earth. While Superman saves humankind from one disaster after another (everything from robberies to having a cat stuck in a tree), a “criminal mastermind’ named Lex Luthor (Gene Hackman) plots to destroy the Man of Steel.

Most subsequent comic book movies never quite cracked the elusive formula Donner created here. The three act structure and trio of different settings (surreal Krypton, the Americana-infused vision of Kansas and the hectic “modern day” urban jungle of Metropolis) could have tonally derailed the film. Instead,  Donner fuses a strange fantasy, an affectionate Steinbeck-like ode and a comedy about big city behavior into a comic book adventure that never ceases to entertain. The Oscar winning special effects hold up better than expected. The film’s famous movie poster tag line, “You Will Believe A Man Can Fly,” hasn’t lost its promise. Some of the analog-age effects are easy to spot but the best still have a majestic quality.

Hackman is a wonderful Lex Luthor, playing Superman’s definitive nemesis as a smiling sadist who refuses to admit he’s both insane and stupid. Likewise, Margot Kidder is a perfect Lois Lane. Ned Beatty’s comic relief comes on with too heavy a hand but Valerie Perrine is just-right as Miss Teschmacher, Luthor’s opportunist girlfriend who hasn’t lost her moral compass.

Some may prefer composer John William’s roaring “Star Wars” theme, his “Raiders of the Lost Ark” march, his twinkling “Harry Potter” music or his legendary work on “Jaws.” For me, his score for “Superman- The Movie” is his masterpiece. Like all great scores, the film’s overall success and tonal maintenance is unimaginable without it. Williams’ music highlights and enhances the romanticism in Donner’s vision.

Every great movie has a collection of great scenes that play like perfect short films all by themselves. Here, the highlights are many and they still dazzle: the destruction of Krypton, Clark Kent’s stunning introduction to Ma and Pa Kent, teenage Clark’s moment alone with his Earth mother in a vast Smallville field, the first time we see Superman fly across the screen, the helicopter rescue, Superman’s night flight with Lois, the school bus on the collapsing bridge, etc, etc. The lone moment that doesn’t work is a brief, failed attempt at comic relief from Larry Hagman(!).

Some prefer the mean-spirited “Superman II” but I prefer the original. This is a magical, special film, akin to revisiting “The Wizard of Oz” or “Star Wars.”

I waited this long to write about Christopher Reeve, whose performance as Superman defined his life and career in many ways. Reeve, along with Donner and Williams, is a major reason why this film is so extraordinary. Reeve was an unknown when he was cast as the title character, delivering a duel performance that is clever, layered and endearing. Now that Reeve is no longer with us, many scenes are likely to leave a lump in your throat. Good luck not getting misty-eyed at the film’s closing shot, where Superman breaks the fourth wall, looks directly at the audience, gives a winning smile and flies away. I never met Reeve and this may be odd to write but I miss him.

Other actors have played Superman, both in film and television, but Reeve, for me at least, is the definitive Man of Steel. In the same way Harrison Ford IS Indiana Jones and Sean Connery IS James Bond, Reeve not only captures the character but brings to his interpretation a sincere quality that no one else has captured. His work, which is somewhat underrated, is truly remarkable. So is the movie.

'Superman- The Movie' has no comments