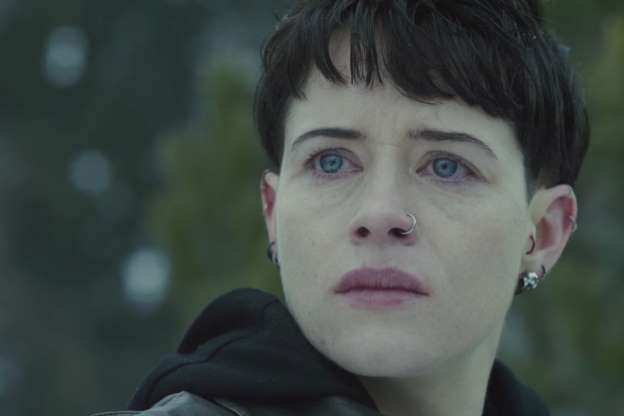 Lisbeth Salander is still at large. Known in some circles as The Girl Who Hurts Men Who Hurt Women, Salander is a brilliant online hacker, career criminal and a dark, elusive figure. Almost always attired in black and living a permanently transient existence, she is a ruthless enforcer of justice and a haunting presence. I love this character and am disappointed that Salander’s story, which began in “The Girl With the Dragon Tattoo,” isn’t given the proper ending provided by two more sequels (“The Girl Who Played With Fire” and “The Girl Who Kicked the Hornet’s Nest,” all based on novels by the late Stieg Larsson) that were promised then dropped.

Adding further confusion is that the novels became popular, if style-free trilogy of Swedish films that showcased a phenomenal, breakout turn by Noomi Rapace as Salander. After that came David Fincher’s 2011 US remake, with a superb Rooney Mara taking over Salander. Now, in the tradition of Marvel movies, the series has been re-vamped, as the Millennium Trilogy Larsson established remains incomplete in the US version and Salander is now played by Claire Foy.

Thankfully, Foy is excellent in the role and she’s backed by the direction of Fede Alvarez, the gifted filmmaker behind “Don’t Breathe” and the surprisingly great “Evil Dead” remake. The downside (and it’s a big one) is that “The Girl in the Spider’s Web” wasn’t written by Larsson but is based on the novel by David Lagercrantz. You remember those non-Ian Fleming 007 novels that were written after Fleming passed away? That’s what we’re dealing with here. Alvarez’s film has a lot going for it, except a good story.

After Salander’s latest assignment winds up going south, she winds up protecting a young boy who holds a crucial secret. Making matters worse is that a presence from Salander’s past returns to torment her (a key plot reveal that the film’s trailers have idiotically ruined).

Alvarez is following in Fincher’s footsteps but he’s more than up to the challenge- the first act is full of cleverly designed sequences and arresting imagery. Alvarez has crafted a visual marvel, a feat matched by Foy’s bravura turn, somehow both vulnerable and ferocious. Yet, by the mid-point, the story lost my interest. Both the original Swedish and US “The Girl With the Dragon Tattoo” were built around a grand, intricate mystery; here, the story is, not unlike a spider’s web, sticky and clumsy.

In some ways, this suffers in comparison to Fincher’s film, as Sverrir Gudnason and Vicky Krieps, playing journalist Blomkvist and his boss/lover Erika Berger, are no match for Daniel Craig and Robin Wright. Also, while Fincher’s film opened with a memorably disturbing title sequence, set to Trent Reznor’s take on “Immigrant Song,” this one fails to shock and mesmerize in the same way. Most importantly, the original had a real world feel. Here, Salander is Batman in a Jason Bourne world. Because the tone is nearly in line with a James Bond reality, the sense of danger is gone.

There are lots of rousing moments (like a bird’s eye view of a villain’s comeuppance) but the story is too far-fetched and redundant to fully invest in.

Foy has given Salander more of an aching center than either of her predecessors but both Rapace and Mara had better screenplays to work with. While the latest in this series thankfully dials down the rape scenes, there’s still a lot of perverse imagery and exploitative qualities that, for better or worse, keep it consistent with the prior entries.

Fincher’s film was accused of being an indifferent, mainstream project. Actually, his “Dragon Tattoo” is rich, somber and elegant, falling just short of greatness. By contrast, “Spider’s Web” starts off strong and gradually fades. If anything, it has a few things in common with last week’s “Bohemian Rhapsody”: despite a wonderful lead performance and scenes that work, it’s passable entertainment at best.

Foy’s work, as well as the cinematography and score, are stand-outs and Alvarez gives this lots of flash but the web is tangled.

'The Girl in the Spider’s Web' has no comments