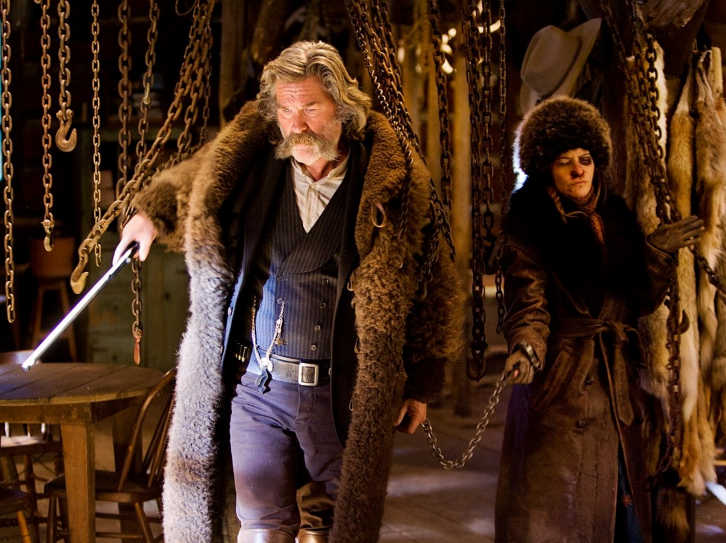 Quentin Tarantino has assembled a group of excellent veteran actors for THE HATEFUL EIGHT, an overly long and talky western that ends with a carnival of bloody cartoon violence.

THE HATEFUL EIGHT will no doubt satisfy at least some Quentin Tarantino fans, and that may be enough to assure its commercial success.

I like many of his films, but although this one is full of his trademark creative, outrageous and profane dialog spouted by nasty characters who know how to deliver their lines, overall I was disappointed.

These people are hateful, after all, fiendishly clever and and clearly murderous, some more than others: bounty hunters, a hangman and other unsavory types trapped in a large cabin by a blizzard. The only female, also a killer (wonderfully played by Jennifer Jason Leigh), is probably psychotic.

'The Hateful Eight' has no comments