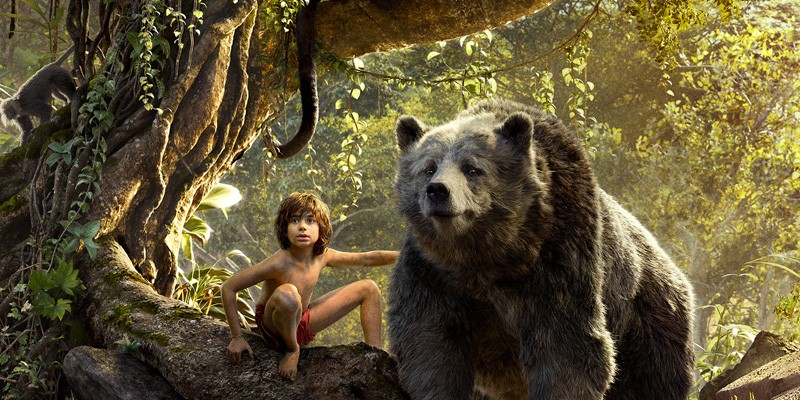 Rudyard Kipling’s The Jungle Book from 1894 was a collection of adventure stories that have fueled the imaginations of young and old for generations. Strong themes of adapting to the cruel world around you, crossed with high adventure defines the stories of Rudyard Kipling. It was only a matter of technology and time that these stories would be made into a movie. The Jungle Book has been the subject of several screen adaptations, some successful some not. Disney’s adaptations have been the most watchable, from the classic animated film in 1967 to the live action movie from 1994 starring Jason Scott Lee. In 2016, Disney is tapping Rudyard Kipling’s classic one more time. Can The Jungle Book’s adventurous and human themes resonate with an ever increasing audience that seems to have become more sensitive to the harshness of the world around them?

The stories of the Jungle Book are so well known I’m not going to regale you with a half hearted rehash. Just in case you don’t know, here’s a quick refresher of the portion of the story that takes place in the film. A young boy named Mowgli loses his father in a tiger attack in the jungle and then is found by a panther who then turns him over to a pack of wolves to raise as their own man-cub. Mowgli, being bipedal stands out among his animal peers and it’s not long before Mowgli is being hunted by a certain tiger that is all too familiar with him.

Watching this Jungle Book is like watching an episode of the famous BBC documentary series, Planet Earth, only this time the animals can express their emotions through the english language. This Jungle Book is an amazing triumph of on screen effects. These animals and the jungle seem all too real. The CGI team behind this film should be commended for their fantastic work. The animal effects epitomize the painstaking work that goes into them. From every furrowed brow to every muscular articulation, these creatures are alive and absolutely striking.

These effects are only set dressing without convincing vocal performances and they certainly deliver. The standout performances here belong to Bill Murray as Baloo the bear, Ben Kingsley as Bagheera the panther, Scarlett Johansson as Kaa the snake, Christopher Walken as King Louie the Ape and Idris Elba as the villainous tiger, Shere Khan. Bill Murray, Ben Kingsley, and idris Elba do most of the heavy lifting here. They carry the story along with a young and likable Mowgli played by Neel Sethi. Neel plays alongside his CGI counterparts convincingly enough, and you feel as if a bond is created among beast and man. Baloo in particular will be a fan favorite and it doesn’t hurt hearing him sing that old Jungle Book classic, The Bare Necessities. Christopher Walken’s all too short performance as King Louie, ruling over his monkey kingdom as he performs I Wanna Be Like You is both fun and exciting.

Director Jon Favreau has crafted a memorable and emotionally impactful version of The Jungle Book. The care that has gone into the production and into the story make for a thrilling and at times violent and frightening coming of age story about friendship and the definition of family. It’s nice to see a film that’s not afraid to embrace maturer themes for young children about life and the world that surrounds them. In time this film will be a Bare Necessity for your movie library.

The care that has gone into the production and into the story make for a thrilling and at times violent and frightening coming of age story about friendship and the definition of family. Seeing this film is a bare necessity.

Three and a Half Stars Out of Five

'The Jungle Book' has no comments