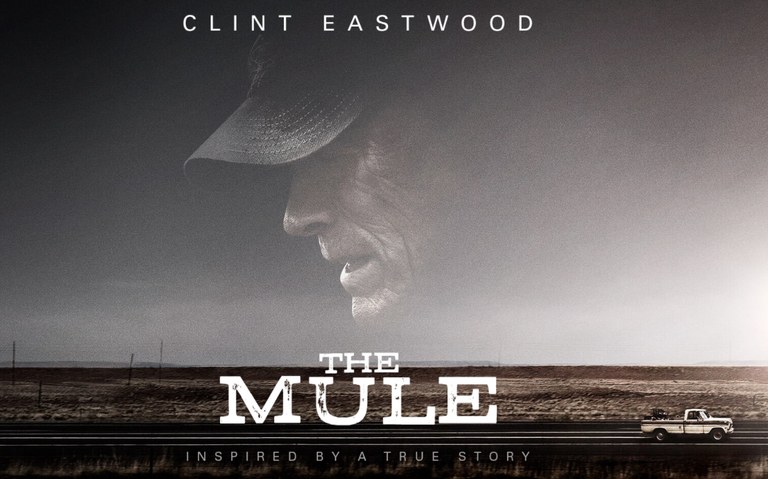 In 2014, an elderly man named Leo Sharp was arrested for being a drug mule. Sharp delivered tons of cocaine, driving cross country for a Mexican drug cartel. After doing this for years, he was caught and served jail time. Sharp was a World War II vet and a celebrated horticulturist. At the time of his arrest, he was 90-years old.

Leo Sharp has been renamed “Earl Stone” in Clint Eastwood’s new film, “The Mule,” which portrays the final years of Sharp’s life (he died in 2016). Eastwood directs and stars as Stone, whose economic struggles and estrangement from his family ultimately inspire him to take on his role as a driver for obviously dangerous individuals.

At first, Stone seems only partially aware of what he’s doing. Once he discovers what his cargo truly is and that he’s at the service of a powerful drug lord (played by Andy Garcia), he embraces his position, using the money earned to pay for his home, family needs and community. A pair of DEA agents (played by Bradley Cooper and Michael Pena) are on the hunt for Stone, whose identity is a secret, though he goes by the name of “Tata.”

Here’s Eastwood, at 88-years of age, playing a 90-year old drug mule, and directing in his typically story/character-driven, style-free but muscular and skilful manner. Eastwood plays such a vulnerable character, who remains in constant danger, the film maintains a steady intensity. The deceptively genteel manner of the early scenes give way to a scenario that plays like an AARP-tinted “Breaking Bad.”

The contrast to Earl’s fragile existence and dire dilemma is how fully in command Eastwood is as an actor and director. “The Mule” represents the best and worst of Eastwood. This is among Eastwood’s most engrossing, if self indulgent works, reflecting on his recurring themes of tainted heroism, deconstructing American mythos and compromising one’s sense of morality and sense of duty.

Earl is 90-years old and, according to one character, no longer has a filter. His views on the world are quite out of touch and reflect a codger’s outlook, such as his disdain for the internet and cell phones. These moments in Nick Schenk’s screenplay are problematic, as they feel like geriatric audience baiting. Far worse are scenes where Earl’s encounters Mexicans, African-Americans and a lesbian biker gang (no kidding, they are listed in the end credits as real-life members of Dykes on Bikes), with Earl’s dated comments treated as punch lines. Normally, I’d argue that Earl’s words authentically reflect his character but it feels like Eastwood is rubbing our noses in the non-PC content.

Another aspect that felt somewhat icky is the examination of Earl’s lifelong regrets and disconnection with family members who hate him. Casting the director’s real-life and talented daughter Allison (so good in her father’s “Midnight in the Garden of Good and Evil) as Earl’s outspoken, rage-filled offspring felt on-the-nose. While Earl’s journey hardly seems like an autobiographical reflection of Eastwood’s life, the suggestion that this is his way of apologizing to those he slighted in real life are unavoidable and disquieting.

Eastwood seemingly retired from acting in movies he directs, last seen in front of the camera in his 2008 blockbuster “Gran Torino” and as an actor-only in the 2012 “Trouble With the Curve.” This is a much better work than either of those. It’s worth noting that Eastwood began production of “The Mule” this past July (!), on top of his releasing another movie earlier this year (“The 15:17 to Paris,” an interesting failure). Considering how unpredictable, accomplished and prolific he remains, I hesitate to refer to this as his final work or even an indication that retirement approaches. Eastwood’s politics make him divisive but, as an American filmmaker, only John Huston was this good, versatile and entertaining in his twilight years.

In addition to how strong Eastwood’s acting is here (on top of masterful filmmaking), Cooper is solid in a key supporting role (which echoes Eastwood’s still-terrific “A Perfect World). Garcia is excellent, making his crime lord both scary and truly funny and the supporting cast excels in character turns. Unfortunately, Laurence Fishburne, Pena an Loren Dean  (a former leading man who has screen time but no dialog in this) are wasted.

The lesser moments are tacky, including the old school sexism of allowing the camera leer on bikini clad groupies. There’s also moments that clearly suggest Earl is into threesomes, an indication that this may not be a good choice to bring the grandparents.” The Mule” is at its best when the focus is on the individual drug runs and the Eastwood/Cooper pursuit, which kept me on the edge of my seat. Eastwood has made better films but, days later, I’m still thinking about this one.

'The Mule' has no comments