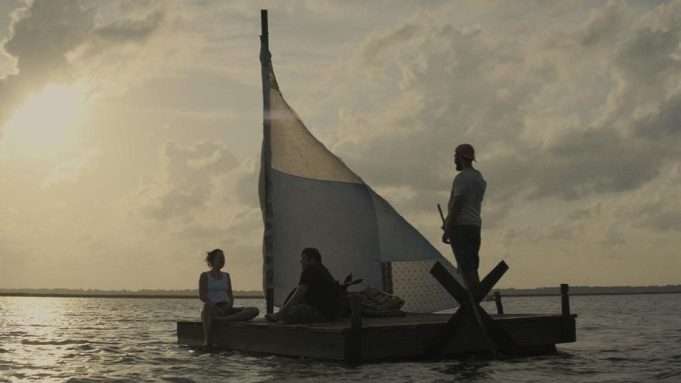 Somewhere between the title and the impossibly cutesy-looking trailer, “The Peanut Butter Falcon” seemed totally miss-able. The whole thing sounded like one of those pre-packaged Fox Searchlight movies that flaunts independent film street cred,  while touting an all-star cast that most little films could never dream of affording, in a premise that seemed ready for The Disney Channel.

The film stars Zack Gottsagen as Zak, a young man with Down’s Syndrome who is living under the care of Eleanor (played by Dakota Johnson) in a nursing home. Zak’s frequent attempts to escape put Eleanor on edge, though Zak’s roommate, Carl (played by a feisty Bruce Dern), encourages his grand efforts. Meanwhile, a young man working on a boating dock (played by Shia LaBeouf) is on the run and winds up protecting a recently sprung Zak. The story takes on the form of a chase, albeit a slow moving one, as the two outlaws are on foot and Zak is barefoot and only wearing his underwear.

From the very beginning, the editing, pacing and humor is presented with an unexpected sharpness. Likewise, LaBeouf’s forceful performance; I’ve lost my early enthusiasm for his work but his controlled, introspective character performance is quite good. Likewise, Johnson, who is excellent here and great in every movie that doesn’t include a Red Room. However, this is Gottsagen’s movie (the actor has Down’s Syndrome in real life) and he carries it ably. Gottsagen, in his film debut, has a number of scenes that requires him to exude careful timing and dig deep emotionally. He completely holds his own, which is remarkable when your co-stars include Dern, John Hawkes and Thomas Hayden Church.

“The Peanut Butter Falcon” is not the detour into insufferable whimsy that I feared, though it certainly is quirky. At a certain point, it leaves reality behind and embraces a romanticized view of life. When the two leads slice helmets out of watermelon rinds, you know we’re clearly watching a movie…or perhaps, we’re seeing this the way Zak would see these events happening. Since Zak is the central figure, the film overall, right down to its wrestling subplot, could be viewed as his account of the events as he would retell them later. Works for me.

There’s a great scene where Carl and Zak must cross a river, where suspense builds unexpectedly. By the third act, the whole thing becomes increasingly unpredictable, which works in its favor. That said, there are verbal and visual references made to Mark Twain and “Lord of the Flies,” both of which are way out of this film’s league. Writer/directors Michael Schwartz and Tyler Nilson have managed to craft a story that stops short of being an outright fairytale, though questions of logic do linger during the second act, which feels like it sheepishly wants to dip its toe in Coen Brothers water.

This made its local premiere at the Maui Film Festival in June, where it was well received and arrived as a surprise sleeper. In the dog days of back-to-school cinema, it will also play like a nice alternative to all the glossy, overproduced swill that is currently producing sucker money from customers, then vanishing altogether. As much as I didn’t entirely give in to this goofy concoction (a videotape of an 80’s wrestler becomes a major plot device- it’s that kind of movie), I won’t forget it. Any film that has nice supporting turns for both Jon Bernthal and Jake “The Snake” Roberts is going to leave a lasting impression.

With its mixture of grit and sweetness, It’s like “Rain Man” on moonshine. That’s an entirely accurate description and the best way I could possibly recommend it.

'The Peanut Butter Falcon' has no comments