Every time I go on a road trip with my wife, I’d always bring up a 1988 Dutch thriller as a word of caution.

After driving for hours, we’d stop at a random rest stop, not all of which appeared inviting or even occupied. Many of these establishments still have gas pumps with analog price counters and, were it not for a single person behind the counter, appeared condemned.

My wife would hop out of our Ford Explorer to stretch her legs and I never failed to say: “Be careful. Remember ‘The Vanishing!’”

It’s fascinating to note that there are two films called “The Vanishing,” both of which were directed by the late George Sluzier. While the original Dutch/French version from 1988 (original title is “Spoorloos”) is readily considered a classic work of World Cinema, the 1993 version is a widely loathed, English language US remake.

Both films are celebrating a 30th and 25th anniversary this year and deserve a retrospective look.

The set-up is simple: Rex (Gene Bervoets) and Saskia (the dazzling Johanna ter Steege, in the film’s best performance) play a couple having a spat on a long distance drive across France. Her recollection of a nightmare is interrupted by the sudden realization that they are out of gas.

Their vehicle suddenly motionless in a dark tunnel, Rex angrily storms off with a gas can while Saskia fearfully awaits his return. Before we even get to the central event of the story, Sluzier has already established a richly atmospheric, plausible and quite relatable scenario.

Saskia’s recollection of her “golden egg” dream (which chillingly foreshadows where the narrative is ultimately headed) is on par with the real-life dread we feel as Saskia awaits her fate while shrouded in darkness. Rex’s return comes with a full tank of gas and an apology, though we’re then introduced to the film’s third character: Raymond Lemorne (played by Bernard-Pierre Donnadieu), who sits in his car, practices using a fake arm cast and is clearly up to good.

As dark fate would have it, Rex pulls up to a rest stop where Raymond is parked, Saskia steps out to stretch her legs and soon vanishes.

A year passes and we observe Rex’s undying desperation to find Saskia: he places Missing Person posters everywhere and obsesses over the day he lost her with a conspirator fervor. Meanwhile, Raymond is keeping an eye on Rex, decides to belatedly approach him and offer an explanation.

Sluzier’s 1988 film is quite odd, particularly in the way the tone seems awfully light for a thriller about abduction, obsession and the price of opening Pandora’s Box.

Until the final moments, the performances are reserved. Sluzier’s filmmaking approach is so straight forward and matter-of-fact, he almost seems to be aiming for a faux documentary approach. The sparseness and natural qualities of the characters make all this feel real. The only thing that truly dates Sluzier’s film is the saxophone on the soundtrack.

The original “Vanishing” rambles a bit and actually spends too much time with the villain in the second act. Sluzier’s film gets firmly back on track when the scene of the abduction is revisited, as Rex and Raymond circle one another in a mental game of chess.

Another thing about the music – the score is almost comical at times, an approach that keeps the audience intrigued and, cleverly, not entirely repulsed by the villain (whose practice runs at the crime he commits are somewhat comical).

This quirky shocker ultimately lives up to the reputation of its humdinger of a punch line, a final reveal that is still tremendously disturbing.

The sensation this film caused, both as a unique genre item and as an emerging horror film to seek out (yes, this is a horror film) was felt throughout its release in the videocassette era. Inevitably, a U.S. remake was on its way, though no one could have imagined Sluzier himself would be at the helm.

Whereas the original “Vanishing” was written by Tim Krabbe (based on his novel “The Golden Egg”), the remake was penned by character actor-turned screenwriter Todd Graff. Best known for playing the “rat boy” in James Cameron’s “The Abyss,” Graff’s take on Sluzier’s air tight vehicle opens the story up but not always in ways that serve the material.

The 1993 version begins with the villain’s odd home life, as Raymond, now bizarrely re-named Barney Cousins (Jeff Bridges), is rehearsing his planned kidnap. Cousins has an uneasy home life, clearly makes his family uncomfortable and is all too obviously “the bad guy.”

From the start, it’s clear that Bridges is doing a semi-impression of Donnadieu, an interesting decision that carries his skin crawling turn. However, just as Bridges pronounced villainy is too on the nose, Jerry Goldsmith’s excellent score tips us off immediately that we’re watching a thriller. The different approach is less effective, as the sinister occurrences that unfold feel inevitable, rather than shockingly out of the ordinary.

As the road trip/fight/disappearance scenario plays out, everything is, likewise, more clearly pronounced in a conventional manner. The leads are played by a well cast Kiefer Sutherland and (in the role of the second, post-vanishing girlfriend, expanded from the original) Nancy Travis, whose love story undermines the central plot.

The clarity of intent within Graff’s screenplay speaks volumes as to why the original is the superior work: whereas the ’88 version felt authentic and agonizingly unpredictable, the ’93 feels entirely like a Hollywood movie.

Despite the inferiority of the more polished, big budget remake, it’s not the outright disaster some have deemed it to be. Graff’s screenplay simplifies the original but displays an obvious affection for it (curiously, Graff later wrote and directed the Dolly Parton/Queen Latifah musical “Joyful Noise”).

It’s fascinating to see how this remake mirrors the original or, rather, how Sluzier repaints his masterpiece with glossier paint. Sutherland is wearing the exact same outfit as Bervoets during the first act. There’s are repeats of clever bits, like a sneeze that ruins an abduction and a crushed beer can that leaves the only physical evidence of a kidnapping.

The sequence of the boyfriend and kidnapper revisiting the crime scene is as captivating here as it was the first time. The only detail that Graff flubs and Sluzier strangely goes along with: in the original, Saskia is duped by the villain’s cheerful family photo. In the remake, the American Diane (played by a reliably plucky, pre-“Speed” Sandra Bullock) spots the villain’s family pic, perched on his dash, framed (!) and sporting a group photo that resembles a V.C. Andrews book cover.

To say the least, this detail should have tipped her off that something was wrong.

While not stylish, exactly, Sluzier’s direction is more dynamic and demonstrative in his second telling. The horrific finale is recreated so skillfully, Graff and Sluzier ought to have considered capping the film with a thunderous shock and a fade to black.

Instead, there’s an over-extended finale that understandably angered fans of the original. Even audiences who viewed the ’93 version unaware that they’re watching a remake may note how the overly busy final act just doesn’t work.

There’s even a last minute interrogation scene between Bridges and Travis that, while clever, should have been saved for another movie. It all ends with a jokey epilogue that couldn’t be more inappropriate.

While Jonathan Mostow’s 1997 thriller “Breakdown” is far more mainstream than either version of “The Vanishing,” it’s still the best unofficial remake of the material (and far preferable to Sluzier’s own ’93 version).

The former begins with an anxiety-inducing road trip and builds as an intimate game of cat and mouse between two seemingly “normal” individuals. The latter centers around a late night cross country drive that becomes a search for a missing spouse.

Both films are in total control of mood, pacing and sustaining a growing tension. Also, like Sluzier’s ’88 “The Vanishing,” neither “With a Friend Like Harry…” nor “Red Lights” contain any onscreen violence but are quite terrifying.

The stillness of Sluzier’s 1988 “The Vanishing” is what makes the tragedy at the heart if its story so heartbreaking. Had Rex and Saskia simply kept driving and not settled for a quick stop and stretch of the legs, they’re lives could have continued unmoved by proof that evil does indeed exist.

It’s that quality, the tangibility of “real life,” that hermetically seals the terror of Sluzier’s film, waiting to be uncorked and discovered for a new audience. The film’s potency hasn’t waned. I think of it every time a long road trip comes to resting point…and I consider, for a moment, if I should just keep driving. 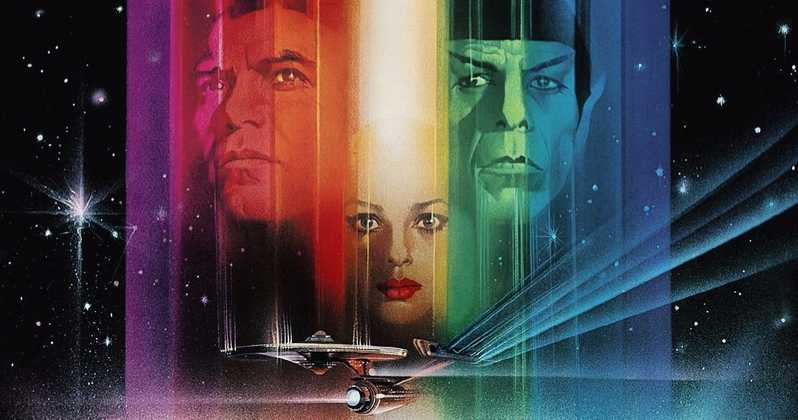 'The Vanishing' has no comments