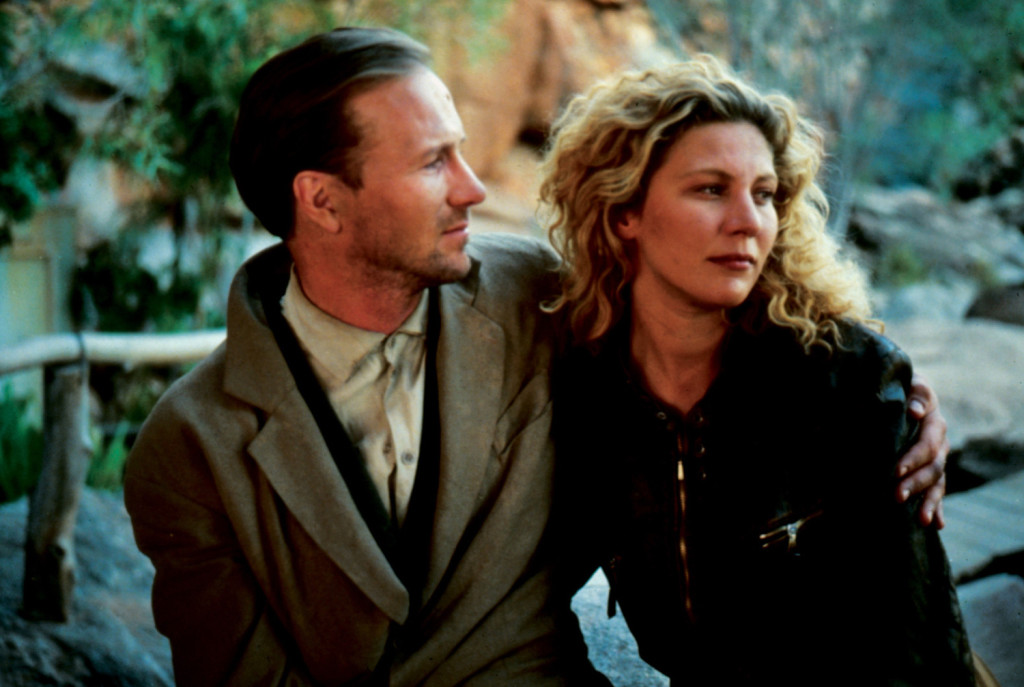 What are the possibilities of the human experience? Is it our ability to feel and the varied experiences of pleasure? Is it the joy that comes with being empathetic, our need for kindness, altruism and compassion driving our better impulses? Is it the struggle for self-improvement, an aim that can either be inclusive or involve the human race? Finally, is it the length of the journey or the lessons gained, if any, when one finally reaches the end of the road.

Wim Wenders is a writer/director whose film career exemplifies the idea that film itself can create a voyage for the audience, an internal journey that only ends when the end credits allow us to awaken.

Wenders’ gift with mood, character and rich, dream-like imagery was recognized in his early achievements, “Alice in the Cities” (1974), Wrong Move” (1975) and “The American Friend” (1977). The latter is especially noteworthy and a well regarded Patricia Highsmith thriller, with Dennis Hopper playing The Talented Mr. Ripley. After butting heads with Francis Ford Coppola, whose producer/collaborator partnership resulted in the truncated “Hammett,” Wenders resurfaced with “Paris Texas (1984),” a glorious, existentialist neo-western in which a Harry Dean Stanton stars as a man searching for his wife and child. The film was an award-winning sensation at the Cannes Film Festival. So was his subsequent work, “Wings of Desire (1987),” about an angel’s desire to leave a plain of supernatural detachment and experience love in the real world. The worldwide recognition of the film (which, along with “Raging Bull” and “Blue Velvet,” is often cited as one of the greatest films of the 1980’s) shed a melancholy light on Berlin, pondered theology and gave Peter Falk a great acting showcase. It was a game changer for Wenders. An opportunity to make a big film, “the ultimate road movie,” was now feasible.

Wenders’ film speaks to the connective quality of the human experience, whether via technology or the universal urges and journeys we find ourselves marching after. Wenders is one of the essential film artists of the German renaissance of the latter 20th century (the others being Rainier Fassbinder and Werner Herzog).  His original, risk-taking films have commented on the western mythos of American life, the state of Germany and how lifetimes are not measured by being set but in the transient spirit of forever moving forward. These qualities come to a fork in the road with “Until the End of the World,” Wenders’ 1991 magnum opus.

It opens in the fall of 1999. Claire (embodied by the gorgeous Solveig Domartin, Wenders’ late muse) is a free spirit, sexually open, adventurous but guarded. Her self-destructive lifestyle has led her to desert her husband (Sam Neill) and wake up in a stranger’s apartment, presumably not for the first time. Her random encounters lead her to meet Sam Farber (William Hurt). Claire falls hard for Farber, who is traveling with a startling invention hat can potentially change the world and, literally, how we see it.

The opening scenes are rushed, even for a movie this long. The longer, preferable director’s cut allows the established rhythm, accompanying music and atmospherics to synchronize. The 158-minute version of the film plays like a hypnotic highlight reel, especially since Wenders is, again, creating the sensation of travel, the discovery of the journey and the sensual quality of movement.

An intriguing difference between the two versions is that, in its current region-free DVD release, the director’s cut of the film offers no subtitles. It taps into the universal, we’re-all-different-but-connected quality Wenders is establishing. Dommartin’s scenes with the criminals who hit her car and, briefly, become her friends, is comprehensible, even minus subtitles. The images are clear and the performances are  colorful enough to keep the story on track. Sam Neill’s narration is also helpful but, like Harrison Ford’s in “Blade Runner,” the film doesn’t need it. So severe is the US cut that the abbreviated narrative makes William Hurt’s Farber enter the film quickly (a long time passes in the director’s cut before he first appears). The brisk running time of the US cut makes everything feel fast and quirky, when the story is actually carefully paced and gives everything time to breathe. The US cut is worth seeing and has many of the film’s finest moments intact but it has a disjointed quality, making an already odd film seem distant and muddled.

Despite being released in ’91 and taking place in ’99, Wenders’ depiction of the future is far from dated. Ahead of their time depictions of GPS, the internet, YouTube, search engines (a CGI bear instead of Ask Jeeves or Google), Skype, smaller automobiles and more appear in plain sight. Only bulky television sets are incorrectly still a part of the film’s otherwise prophetic future world. Even the fashions appear on the mark- initially glossy, Halloween party-like costumes are mixed with clothing choices that are sensible and stylish, more timelessly hip than late 80’s.

Shot in fifteen cities in seven countries on four different continents, it has the quality of a fable or a waking dream. Wenders’ grand tale is a wild cross-pollination of personal, you-are-there filmmaking, modern detective noir, loopy comedy, European road movie aesthetics and, gradually, science fiction.

Had this been a success on the level of “2001,” the futurist technology and how spot-on much of it turned out, would have made a mark. Moreover, the emphasis on the eyes, how absorbed we are with image (both what we see and what we want others to think when they look at us) and the addictive quality of imagery is a central theme. Late in the film, we witness characters who are addicted to pixilated images of dreams; we witness staring endlessly, dead-eyed at glowing screens, and the violent spasms they experience when deprived of their fix. If the internet is a drug and seeing videos and pictures, of ourselves and others, is an obsession, then this is a timely caution against becoming a narcissistic technophile. The main characters eventually find a purification and catharsis by traveling across the globe, independent of technology, realizing how badly they need one another and be who they truly are.

Wenders epic vision coheres in the last act, set in Australia. Before the sci-fi elements are explained and effectively literalized, there’s a scene of Hurt and Dommartin wandering the outback, with the door to an airplane handcuffed to her. These two travelers, stumbling through the magnificent landscape, shackled to a piece of metal, set to Peter Gabriel’s “Blood of Eden,” is a poetic encapsulation of Wenders themes. We (and Farber and Claire) are being held prisoner by man-made things and not fully immersing oneself in the glories of the life that surrounds us. The scenes that follow, with Farber’s parents (movingly played by Max Von Sydow and Jeanne Morreau) bring warmth, immediacy and visual innovation to Wenders’ portrayal of the human race’s crippling distraction from electric powered visions.

Twenty years later, our television sets are slim and lightweight, a nuclear satellite has not wrecked havoc on the Earth and 1999 passed without Y2K or any other cataclysmic event. Still, the simplicity of Wenders’ vision still resonates. In his film, we are slaves to our gizmos, held prisoner by our unwillingness to look away and hit the OFF button and allow our gaze and awe to be directed and derived from the world and figures around us. This applies to today even more than it did to 1991.

Wenders is showing us a future of possibilities but marred by our reliance on technology. Rather than transcending our technological reach, we are addicted it, mindlessly giving into our need to look inward. Wenders’ film takes place in a vast universe of optimism and progress, but inhabited by characters who chose to look down at their monitors and not outward. This is their downfall and ours as well.

'Until the End of the World' has no comments