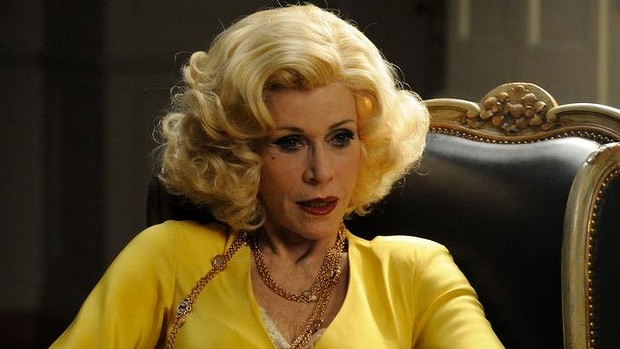 There is a duality in “Youth” that as a moviegoer, I wasn’t expecting. It is both stunning and frustrating at the same time. First off, let me start by saying that “Youth” is a movie that I didn’t like. I had seen advertisements before it’s release and was excited. Michael Caine? Harvey Keitel? In the same movie? Count me in. The acting is going to be amazing and it is! The acting is excellent and this holds true for the entire cast including a surprising appearance from Jane Fonda who delivers quite the performance for what is essentially a cameo.

The scenery in a word – breathtaking. The serene beauty of the Swiss Alps provides a backdrop that you can’t help but admire, though that admiration is of someone on the outside looking in. It doesn’t draw you in like an old friend, but more like a new acquaintance who is trying to get past that initial stage of awkwardness before finding common ground. Sure, the cinematography grabs a hold of you from the very first scene, but it felt as though it didn’t take you anywhere. It plants you where you are and holds you hostage until the credits roll. It was as if I were viewing an art installation that I didn’t necessarily want to view, but had wandered into and was now in a position where it would be rude of me to leave. For me, I felt the music had to be the best part. It’s playful and fitting to every scene.

Two old friends, Fred (Michael Caine) and Mick (Harvey Keitel), are on vacation in a luxury retreat as they ponder retirement. Fred has had an amazing musical career that his loving daughter Lena (Rachel Weisz) feels he should continue. Mick makes movies. The last of which he feels is an important one that needs to be made. Also at the retreat is their younger friend Jimmy (Paul Dano), an actor who is at a loss as to how to approach his next role.

I’ve heard the term pretentious used when describing “Youth” but I don’t feel as though that description is fair. It’s not so much pretentious as the quality of the work is indeed there. I just don’t think that there’s another word that comes close. Overelaborate perhaps? I’m not sure. Everything about this film normally would have me flooding this review with accolades, but perhaps it’s just too artsy for myself to enjoy as a whole. I feel as though a revisit would be in order. Perhaps further down the road when it’s I who is contemplating my own youth and I’m looking forward to that.

'Youth' has no comments